Study in Denmark has shown that offshore wind farms have increased the richness and diversity of certain fish in that area.

By Amy Featherstone on 11th December 2012 in Ecology, Marine Conservation 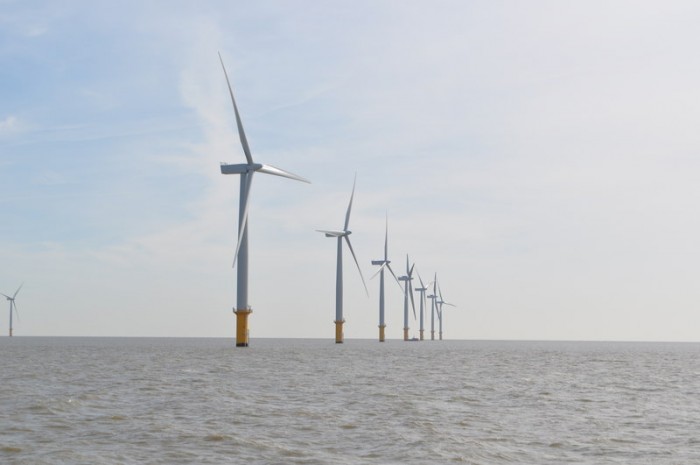 The need for lower carbon emissions has led to an increase in the amount of offshore wind farms being constructed throughout the world, especially in Europe. How do these man-made structures effect the ocean and (in my opinion) more importantly the ecosystems which thrive there?

Well first, a study in Denmark has shown that offshore wind farms have increased the richness and diversity of certain fish in that area. The study analysed changes in the community structure, spatial distribution and changes in sand eel assemblages, once a wind farm had been established. The study found that the turbines can function like artificial reefs, which is a good habitat for fish to breed and survive. As well as this, the wind farms attract fish species that are normally found on the benthos. This study goes on to say that the wind farms not only create a new suitable habitat for the fish, but also reduce the amount of fishing within that area. This may be due to the fact that the wind turbines were close together, and thus the space in between them could not be trawled successfully or safely.

What of the period of construction?

This study only looked at the ecosystem once the turbines had been assembled, but what of the period of construction? The main issue during the building of these structures is the noise created as they are driven into the sea floor. The impulsive sound of the ‘pile driving’ process times can lead to the injury of the aural organs and structures in cetaceans and pinnipeds, resulting in permanent hearing loss and a range of other injuries. Postmortem analysis of stranded animals after pile driving events indicated in some cases severe haemorrhages in the brain, kidneys, lungs and specialised acoustic organs, although there is no proof that this was directly caused by the construction of the wind farms. Animals close to the source, exposed to a sudden onset of pile-driving noise might therefore be injured or killed.

There are varying degrees that species such as the common dolphin (Delphinus delphis) react to loud noises, from subtle reaction (such as being startled) to direct avoidance. These varying ‘grades’ of changes can be seen through the construction process depending on how far from the noise the organisms are. It has also been observed that if there is a set of ‘warning noises’ before the footing and pylon are forced into the sea floor, marine mammals and fish will vacate the area. This reduces the number of potential marine casualties by activating the ‘avoidance’ behaviours. Re-population of the area does not usually take very long, although it is different for each wind-farm.

The operational noise of the turbines are a lot lower than during the construction phases and, as far as I am aware, does not have a major effect on the organisms found living in the nearby environment. This does not include any effects over a large period of time, as no studies have been undertaken on the long term effect of offshore wind farms on ecosystems. In conclusion, although the construction of the offshore wind-farms can potentially have a detrimental effect of the marine environment, the actual operational noises are minimal. There are also steps, such as a group of ‘warning noises’ before drilling and pile driving commences, that can reduce the amount of fatalities in those construction stages.