Although habitat loss is still the largest threat to amphibians worldwide, habitat protection is now no guarantee of survival, because the spread of a deadly fungus is reaching even the most secluded habitats.

By Alex Taylor on 3rd April 2015 in Ecology, Invasive Species 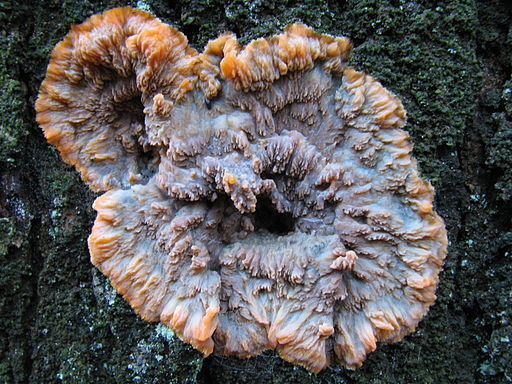 Image: By Dohduhdah (Own work) [Public domain], via Wikimedia Commons

The entire class of amphibians is under attack from a global pandemic. One that is accelerating at an alarming rate. Although habitat loss is still the largest threat to amphibians worldwide, habitat protection is now no guarantee of survival, because the spread of a deadly fungus is reaching even the most secluded habitats.

The fungus was first described in 1999, one of a number of types of fungus called chytrids, some of the oldest fungi in the world. There are over one thousand different species of chytrids, but the new species, Batrachochytrium dendrobatidis, is the only one that is a parasite of a vertebrate animal. Infection of this particular species of fungus causes development of the disease chytridiomycosis, responsible for amphibian declines throughout the world.

The fungus infects the cells of the outer skin layers of amphibians that contain large amounts of keratin, which make the skin tough and protected from injury. Infection makes the skin very thick, dangerous to amphibians because it is through the skin that they absorb water and vital electrolytes such as potassium and sodium. With abnormal levels of electrolytes, the heart cannot function and stops beating. Some amphibians such as lungless salamanders suffocate if infected with the disease because they use their skin to breathe. Infected animals have discoloured skin, display abnormal postures such as holding the skin of their belly away from the ground, and excessively shed their skin. Unnatural behaviour e.g. a nocturnal species becoming active during the day may also result, and they may suffer from seizures.

The exact origin of the fungus is not known, although Japan, Africa and eastern North America are all candidates. This lethal disease has spread across the globe, and The International Union for Conservation of Nature (IUCN) has described it as “the worst infectious disease ever recorded among invertebrates, in terms of number of species impacted and it’s propensity to drive them to extinction.”

It has been the cause of the population declines of salamander, frog and toad species in USA, Central America and Australia, but one country which had been considered to be free from the chytrid fungus is Madagascar. Research published last month however, revealed that it has now been detected there – hitting a biodiversity hotspot for the first time. The island is home to around 290 species of amphibians that are not found anywhere else in the world. There are also thought to be another 200 frog species that have not yet been classified. “This is sad news for amphibian-lovers around the world,” says Dr Dirk Schmeller, one of the authors of the study. “Firstly, it means that an island that is home to a particularly high number of amphibian species is now at risk. Several hundred species live only on this island. And, secondly, if the pathogen has managed to reach such a secluded island, it can and will occur everywhere.”

The last series of tests from 2005-2010 found no trace of the fungus in Madagascar but, more recently, it has been discovered. Researchers from the Helmholtz Centre for Environmental Research analysed samples from over 4000 amphibians from 50 locations. They found that samples from four species of Madagascan frog taken in 2010 and from one Mascarene frog taken in 2011, from the remote Makay massif, tested positive for the fungus. In samples from 2013 and 2014, the fungus was detected in five different regions. Another author of the study, Professor Miguel Vences said: “The chytrid fungus was found in all four families of the indigenous Madagascan frogs, which means it has the potential to infect diverse species. This is a shock!”

There is some hope that the fungus may prove to be a previously undiscovered, native strain of the pathogen which may have existed undetected in the region for some time. This means that the amphibians of Madagascar may have developed resistance to it. However, it is possible that the fungus was brought to the island via crustaceans or the Asian common toad, carried by migratory birds or humans. “Luckily, there have not yet been any dramatic declines in amphibian populations in Madagascar. However, the pathogen appears to be more widespread in some places than others. Madagascar may have several strains of the pathogen, maybe even the global, hypervirulent strain. This shows how important it is to be able to isolate the pathogen and analyse it genetically, which is something we haven’t yet succeeded in doing,” said Dirk Schmeller.

The researchers recommend continuing with the monitoring programme across the entire country to observe the spread of the disease. Two breeding stations are being built, but they also suggested establishing more for key species at risk. These would act as arks, so that enough amphibians could be bred to recolonise habitats in the future.

Yet the state of the wild in general is not helping the fight against the chytrid fungus. Biodiversity loss is contributing to the threat, as laboratory studies by Oregon State University have proven. An increased species richness decreased both the prevalence and severity of infection. A greater diversity of species means that you get a dilution effect that can reduce the severity of a disease.

In addition, research published this month shows that environmental stress increases the susceptibility of amphibians to infection. Duquesne University researchers discovered that amphibians are more likely to contract a disease due to chronic exposure to the stress hormone corticosterone. Red-legged salamanders were treated with either the hormone or oil (as a control) for nine days before being exposed to the fungal pathogen. The infection was then measured at baseline, day 10 and day 17, and the salamanders were monitored for disease symptoms for 30 days after exposure. All individuals became infected, but those treated with the hormone had a greater abundance of harmful pathogens than the control group.

These studies make a call to minimise the impact we are having on our environment, and protect amphibians’ habitats and the other species that live there. With the fungus spreading throughout the world, it appears that nowhere is safe.