Five Reasons Why Fungi Have Shaped The World

With UK Fungus Day just around the corner, here’s 5 reasons why fungi has shaped the world 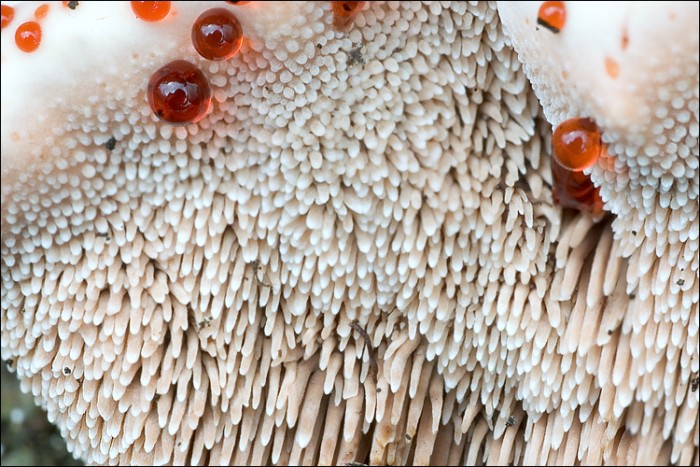 For most people, the term “fungi” or “fungus” conjures up images of mushrooms, toadstools and moulds and an uneasy sense of trepidation and bewilderment. Just what are they and what are they doing? But there is much more to the fungi than meets the eye. As UK Fungus day approaches, the British Mycological Society is helping to stage a number of public engagement events all over the UK to help shed light on this mysterious and misunderstood kingdom. UK Fungus Day will take place over the weekend of the 11 October and is a flagship event of the Royal Society of Biology’s Biology week activities. As part of this campaign to raise awareness of the importance of fungi and the fungal kingdom, the Society suggests five reasons why fungi have shaped, and still are shaping the world around us, highlighting some major facts that we should all take notice of. – Geoff Robson, University of Manchester

We all know trees and plants are essential for life on earth, they are the foundation stone of the food chain, converting sunlight into food and producing oxygen to the atmosphere. But did you know that the roots of 95% of all plant species have an intimate relationship with fungi without which plants could not thrive? These fungi are collectively known as “mycorrhizas” and they form a fundamental partnership with trees and plants with the fungus providing nutrients that the plant root cannot capture while the plant in return provides the fungus with sugars from photosynthesis. So ancient is this relationship that is thought that the first plants to move from the oceans to land could not have done so without the fungal partner.

Decomposition (or rotting to you and me) may not sound particularly glamorous or important, but considering that around 100 billion tonnes of dead plant material alone is produced annually around the globe, without the fungi this material would simply accumulate, smothering plants and also locking away vital nutrients that need to be recycled for new growth to occur. While bacteria also play an important role, it is the fungi that are responsible for much of the decay and nutrient release and can be considered the world’s best recyclers. Without fungi the terrestrial ecosystem would not function correctly, there would be no soil, garden plants, trees and crops, no herbivores, insects and other pollinators….no carnivores and no humans!

You may be surprised to know that we all consume or come into contact with fungal products every day of our lives. Putting mushrooms to one side, yeasts are single celled fungi without which we would all be much hungrier (bread) and life considerably duller (alcohol). But the list does not end there, fungal products are used to manufacture, ripen and flavour cheese, squash and fizzy drinks contain an acidity regulator made by fungi, biological washing powders contain products that help digest fat stains whilst others are used to boost the weight of pigs and chickens, tenderise meat, peel fruit and vegetables and remove hair from animal hides for leather production. Even chocolate has a stage where fungi play a vital role in imparting flavour, and the list goes on…..

While all the aforementioned are vital for life on earth or make an impressive contribution to our everyday lives, fungi also have a dark side. Many have evolved to infect and cause disease in plants, animals (including man), fish and insects amongst others. Farmers spend vast sums of money spraying crops to protect against these invaders and history is littered with devastating famines caused by rampant fungal disease. More recently, fungi have been the cause of the devastating losses in the Ash population in Europe and in the 1970’s, the Elm. Fungi are primarily responsible for the mass extinction of many amphibian species globally over the last 20 years with many species lost entirely or only now existing in zoos. It is even speculated that fungi may have helped to finish off the dinosaurs in the years following the massive meteor strike, without which, mammals would not have flourished. Mankind too do not escape, some fungi can cause often fatal disease in individuals with weakened immune systems, such as patients taking anti-rejection drugs following organ transplantation or receiving aggressive anti-cancer treatments. Even healthy individuals are likely to have some form of fungal infection during their life time such as thrush, ringworm or athletes foot and many of us are allergic to their spores which are ever present in the air we breathe.

We all remember the story of penicillin and its accidental discovery by Alexander Fleming, but not only has its use saved more than 200 million lives, but as the first “modern” antibiotic, started the hunt for the many antibiotics discovered since. While penicillin is perhaps the most famous fungal drug, many more valuable drugs have also come from fungi including the cholesterol lowering statins and anti-rejection drugs that enable people to have life-saving organ transplants.