Home › Articles & Blogs › The Season of Fungi is Upon Us

The Season of Fungi is Upon Us

The glorious Amanita Muscarias are dotted around the woodland and are looking spectacular, yet menacing. 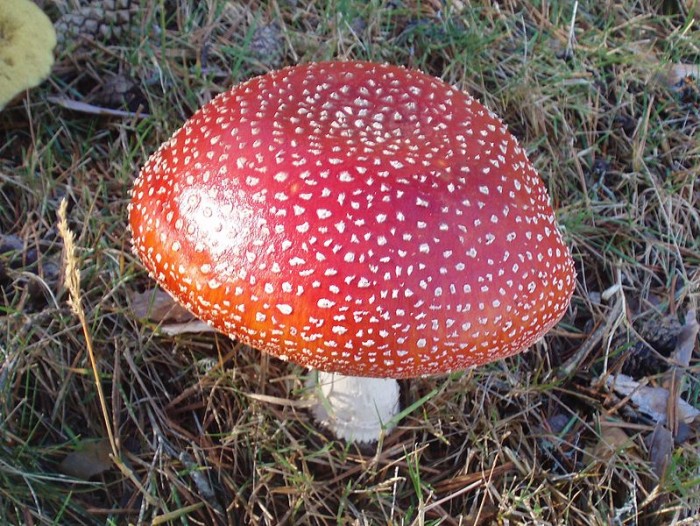 The mushrooms have arrived! Boletes and Amanitas are emerging, which is usually a good sign that more are on the way. Last year there was a bumper crop, with healthy picking starting in late July. Yet a couple of months later (the more standard picking time) the caps and brackets had dwindled to some extent. It seems that this year the fungi have returned to a more usual cycle and season.

I have had a nice selection of Field Mushrooms and puffballs of various types. The glorious Amanita Muscarias are dotted around the woodland and are looking spectacular, yet menacing. There are also small yet delicious Boletes in abundance, as long as I beat the maggots to them.  Wild mushrooms taste so much better than the polystyrene tasting pretenders from the shops. Also there is nothing better than waiting to eat something in the true season.

We often forget how fungi are the third natural kingdom, with as much importance as animals and plants. The plant world is extremely dependent on fungi. They don’t just break down plant material. The mycorrhizal relationship between fungi, trees and plants is a far more important contribution. It has been calculated that there are over 7,000 species of fungi that form relationships with a similar number of plants. The fungi pass nutrients to the plant while receiving carbon in exchange. Long term trials have been run that show that trees infected with fungi grew up to 8mtrs while similar trees in sterile conditions only grew to 1.5mtrs in a similar time scale.

When a forest is cleared the fungi can also die without their hosts being present. Any attempt to replant woodlands can fail, as the mycorrhizal associations that were present and helped the trees to thrive will not be there to assist the tree growth. Ancient woodland may have fungi that could have built up over thousands, maybe millions of years. So when woodland is clear-felled it is not just the trees that go, there is a whole ecological balance that can be destroyed.

There seems to have been a recent resurgence in mushroom picking. We must do all we can to promote mycology, and although the importance of edible fungi as a resource to be explored is of value, there must be care taken so that no damage is done to threaten fungi populations.