Do Dolphins Mourn Their Dead?

A new report suggests that dolphins (like chimpanzees and elephants) may feel similar emotions to humans, specifically regarding a sense of ‘family’ and deep grief for the loss of a loved one.

By Guest Bloggers on 2nd December 2011 in Marine Conservation, Research 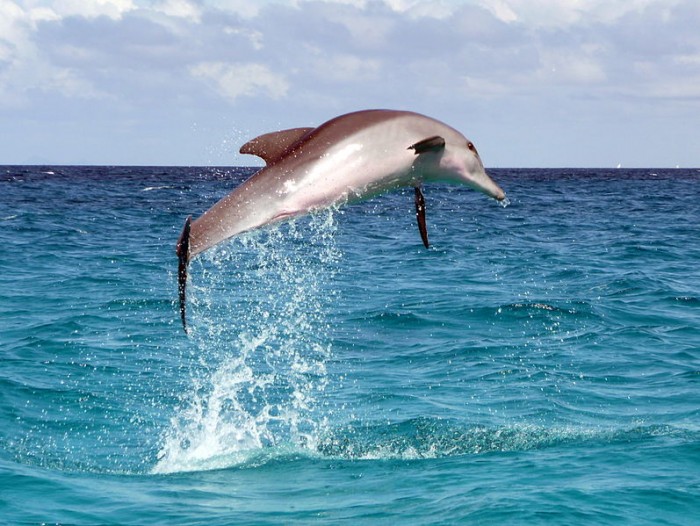 Image: By Sbork (Own work) [CC-BY-SA-3.0 (http://creativecommons.org/licenses/by-sa/3.0) or GFDL (http://www.gnu.org/copyleft/fdl.html)], via Wikimedia Commons

Animal behavioural research is increasingly showing some similarities in emotions with certain animals and humans. Anthropomorphism has been feared by researchers for many years, but it seems that behavioural research is making it difficult to deny certain deep emotions. A new report suggests that dolphins (like chimpanzees and elephants) may feel similar emotions to humans, specifically regarding a sense of ‘family’ and deep grief for the loss of a loved one.

A recent piece of research conducted in the Mediterranean Sea gave possible evidence for this. A researcher saw a mother dolphin as it responded to the death of her new born calf. She was seen repeatedly lifting the calf to the surface as it sank. The same researcher saw a similar scene a year later when a pod of dolphins were observed assisting a 3 month old dolphin, which was having difficulty swimming.

The researcher said: “My hypothesis is that the sick animal was kept company and given support, and when it died the group had done their job. In this case they had already assumed death would eventually come — they were prepared.”

A comprehension of their own mortality

Both examples suggested they exhibited not only a concept of mortality and grief, but they also showed a comprehension of their own mortality. The first dolphin appeared to be emoting deep grief for the loss of her calf, whilst the pod showed an understanding of peril of their fellow dolphin. Some of this behaviour has been backed by research into dolphin neurology. Results have shown that they possess “human-like spindle neurons” which (in humans) are linked to empathy, grief and intuition.

This behaviour has also been seen in elephants and chimpanzees. For instance, elephants have been spotted investigating bones of deceased elephants, whilst disregarding any other bones in the vicinity. Researchers have interpreted this as an understanding of what the bones represent. Although the evidence is not irrefutable, the increasing amount of evidence is allowing scientists to form a better picture of animal behaviour.

There are plenty of ways to get involved or learn more about these magnificent creatures. The WDCS and the Sea trust provide opportunities to learn more and get involved, whether it’s sightings or raising money.