“wildlife TV shows are the reason many of us fight for wildlife in the first place”. 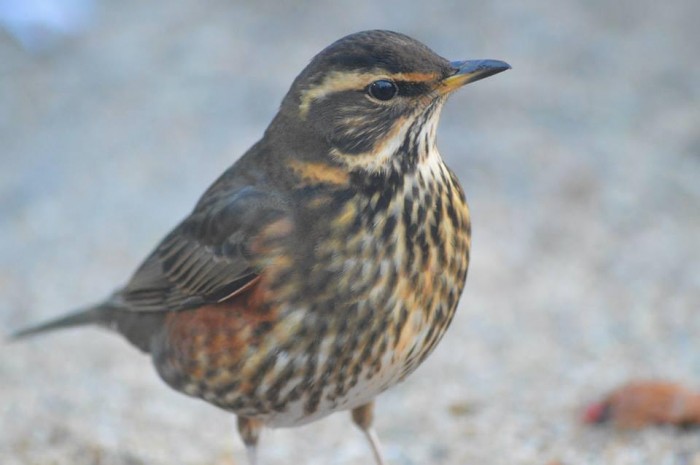 Back in October, Springwatch presenter Martin Hughes Games went on record saying that he thought wildlife related TV shows, including those in which he stars do not in fact help the conservation of threatened species. Speaking to the Guardian, Games stated that “we have created a form of entertainment rather than a force for conservation, a utopian world that bears no resemblance to the reality” and later went on to say that “we have failed” to make people aware of conservation issues through such shows. These comments generated a great deal of discussion on social media, some of which recently peaked my interest and prompted me to think further on the matter. After a little pondering I feel I have made my mind up, and as a young conservationist and an avid observer of wildlife shows such as Springwatch, can say that I wholly disagree with Martin in this regard. In my opinion, wildlife TV shows are the reason many of us fight for wildlife in the first place.

Natural history TV shows are single handedly responsible for inspiring a new generation of conservationists to take up arms and protect the natural world. Dare I say that each and every young naturalist, environmentalist, conservationist and so forth has been influenced to some degree by natural history programming? Yes I do. Growing up in modern times such programs are a part of daily life. Airing constantly, we can observe lions, tigers, rhinos and reindeers at the click of a button and watch life and death situations unfold from the comfort of our very living rooms. Indeed, for many, ones first taste of the natural world comes from a TV screen. Especially for those not lucky enough to live in the countryside. Thinking back to my days at university and 99% of the people on my animal conservation science course stated documentaries as the inspiration behind their chosen career path. Some, if not all, of these people will go on to defend nature in later life. As such it is not in fact safe to say that wildlife TV shows are in fact directly benefiting conservation? More so if you take into consideration the sheer number of people enrolling on environmental courses and undertaking related internships and training that have been influenced by this form of media in the past.

Many of the people mentioned above hold David Attenborough personally responsible for their decisions, his informative and eye-catching documentaries a staple of daily life since a very early age. I for one agree with this, at least in part. Attenborough has a knack for bringing you the new and exciting, things you would never usually see during your day to day life. His work undoubtedly played a huge role in developing my passion for the natural world though I do feel the impact of such shows is fairly limited. Unless you plan to work abroad, footage of Great White Sharks and hunting Leopards is only of so much use. Interesting, definitely, educational, certainly but in terms of inspiration and motivation it was shows such as Springwatch, shows filmed closer to home, that had perhaps the greatest impact on my life.

For most up and coming conservationists, the better part of their career will be spend on home soil, fighting to protect threatened species right here in the British Isles. As such, shows such as Springwatch that focus on native wildlife provide a veritable font of relevant information. Say what you will about the presenting style or indeed the presenters themselves but no one can deny that such programs excrete a torrent of ecological facts. Particularly to younger less experienced persons. These shows teach identification skills associated with many groups and showcase information regarding breeding ecology, diet, depredation and migration, all things that will come into play further down the career of any would be conservationist. All of this information is presented in a fun and entertaining manner that ensures viewers do not get bored between spells of factual information. Some it seems berate Springwatch for this and I have at times seen words such as “childish” and “patronizing” thrown about in regards to the show alongside claims that some information is oversimplified. I dispute this however and agree fully with this interactive style of presenting. Breaking up serious pieces with some light banter is an excellent way of increasing the shows audience thus increasing the number of people able to be inspired. You and I may love the serious, educational style of Attenborough but I can see how it bores those with only a blossoming interest in nature. Springwatch have counteracted this perfectly and I firmly believe that shows such as this contribute greatly to conservation by creating and inspiring the naturalists of tomorrow.

As well as inspiring the next generation of conservationists and providing a bonanza of useful information, I cannot help but feel that wildlife related TV shows help draw attention to a host of serious issues. From the worry decline of Hen Harriers in the UK to the reintroduction of Beavers, TV shows help make such issues relevant to many thousands of people who would remain uniformed without. People who do subscribe to wildlife magazines and religiously study the Twitter feeds of conservation NGOs. Lets face it, that is the majority of us. Where as Martin Hughes Games feels that documentaries have “failed” to draw attention to conservation issues I feel that they do in fact have profound benefits. I would confident guessing that the membership of many conservation bodies is directly affected by coverage in the media, people inspired to register as a result of the wonderful locations and superb wildlife seen on TV. Likewise I feel that TV shows have greatly contributed to the existing knowledge base of many species through their coverage of citizen science programs. Springwatch in particular makes a habit of regularly encouraging viewers to partake in various recording schemes. It has personally brought a number of new ones to my attention and it is clear that at the slightest mention, shows such as this can drum up support and thus generate data that can be used to aid conservation efforts further down the line. A clear benefit to conservation right?

The paragraphs above comprise just a few of my thoughts on the matter at hand and though I accept that some people will disagree, I firmly believe that natural history programming bolsters conservation. No, such shows do not provide a quick fix to blights such as Elephant poaching or raptor persecution nor do they act as a magic want, rectifying pressing conservation issues. They do however inspire and educate and in my opinion are largely responsible motivating the next generation of conservationists – without whom all efforts to protect species in the future would be in vain. Likewise I feel they draw attention to important issues and have shown time and time again that they can raise support and on occasion funds to support related causes or to encourage the collection of data. Natural history programming can transform the most overtly average person into a naturalist, citizen scientist or indeed, like myself, graduate conservationist and as such should not be overlooked or in this case dismissed as a tool for good.