Endangered Species Should Be Left to Breed in the Wild

It has been the saviour of many critically endangered species. One in particular that was brought back from the brink is the Arabian Oryx, a species that was declared extinct in the wild in 1972 due to overhunting.

By Alex Taylor on 16th June 2015 in Animal Conservation 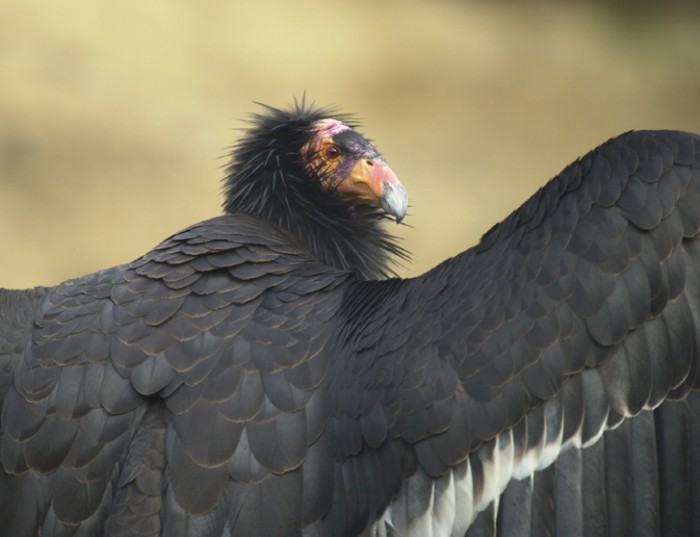 Captive breeding is one conservation measure that can be used as a last resort to save species that are close to extinction. It has been the saviour of many critically endangered species. One in particular that was brought back from the brink is the Arabian Oryx, a species that was declared extinct in the wild in 1972 due to overhunting. Fortunately, conservationists from Fauna & Flora International had captured nine animals and taken them to Phoenix Zoo in Arizona. Operation Oryx, as this success story became known, established a large captive-bred population in the USA that could be used for reintroductions. The first of these took place in Oman in 1982, with subsequent populations established in Israel and Saudi Arabia. More recently, reintroductions have taken place in Abu Dhabi and Jordan. Today, between 6000 and 7000 animals exist in the wild and the International Union for Conservation of Nature (IUCN) have downgraded their status from endangered to vulnerable.

Many other species have also been rescued through captive breeding efforts, including the Black-footed Ferret, Red Wolf, Golden Lion Tamarin and the Californian Condor – the latter being the subject of a $35 million programme, the most expensive ever. However, as successful as many captive-breeding efforts have been, they may not be suitable for all species. A new study by the University of East Anglia has found that some near-extinct species should be encouraged to breed in the wild rather than in captivity.

Lead author of the study Dr Paul Dolman explains: “Captive breeding can offer a last chance when species face imminent extinction, but ultimately depends on re-establishing a population in the wild. This has proved successful for some high-profile species, but in many cases it has not. Programmes can fail for many reasons, including delays in achieving successful breeding, failure to build up a self-sustaining population, domestication and loss of genetic diversity, and poor performance after releases into the wild. Captive breeding can reduce motivation and resources for conservation in the wild, with disastrous consequences. Our research reveals the importance of objectively weighing up potential outcomes of captive breeding and comparing them with efforts to support species in the wild.”

The study was carried out in collaboration with BirdLife International and looked specifically at the critically endangered Great Indian Bustard. This bird was once widespread in peninsular India but is now restricted to just a few areas. Historically, hunting has been the main factor in their decline, and is still a major issue in some parts of its range. However it is now habitat degradation and loss that are the primary threats, driven by the need for agriculture, mining, urbanisation (including road building, wind turbines and electricity pylons) but also poor habitat management. Changes in government laws regarding irrigation have facilitated the cultivation of vast areas of dry grasslands that the bird needs.

Numbers of Great Indian Bustard have declined from more than one thousand in 1970 to as few as 100-200 today. The research team used population models to evaluate the potential effectiveness of a captive-breeding and release programme compared to an alternative strategy of conservation in the wild. “We show that only urgent and effective action to protect and extend the Great Indian Bustard’s natural habitat can prevent extinction in the wild. Ten years of effective habitat conservation measures, leaving eggs in the wild and not attempting captive breeding, would result in more adults in the wild than if those eggs were harvested to set up a captive breeding population. Our predictive models show no guarantee that a captive population could be established, and a high chance it would fail. Successful captive breeding with surplus juveniles released back into the wild would first require the collection of many wild eggs and a consistently ‘best possible’ performance across all aspects of the programme that would be almost impossible to achieve. But even the best possible captive breeding programmes need effective wild conservation to ensure released birds survive and thrive. Without conservation in the wild there is no point in captive breeding – as the birds would be trapped in captivity with no hope of returning to nature. Effective conservation offers a better chance to save this species, without diverting energy and funds away from the urgent action needed in its last remaining habitats. This type of modelling is very useful to see whether captive breeding really benefits critically endangered species. Importantly, it shows that conservation interventions in the wild, such as habitat restoration, should not be delayed. And if such action is taken early enough, it may remove the need for captive breeding programmes altogether,” said Dr Dolman.

Co-author Professor Nigel Collar from BirdLife International added: “Bustards are particularly difficult to keep and breed in captivity. It can be done, but it is extremely expensive and, in trying to establish a stock of birds that breed, you are guaranteed to lose a very large number of individuals. But India cannot now afford to lose a single bird or egg in this cause. The only option is to implement a rigorous programme of habitat conservation and associated management measures, to give the species the chance to increase its numbers in the wild. A basic premise of captive breeding is that you have somewhere to put the animals back once you have been successful. However, if India does not immediately save the last places where the bustard survives, there will be nowhere suitable left, meaning that there is no point in captive breeding. On the other hand, if the last places are saved, the bustard could recover of its own accord – meaning that once again there is no point in captive breeding.”