The European commission now look set to begin a full infraction procedure over what it sees as a direct breach of the EU habitats directive with the UK failing to protect its vulnerable blanket bogs.

By James Common on 1st May 2016 in Ecology, Environment 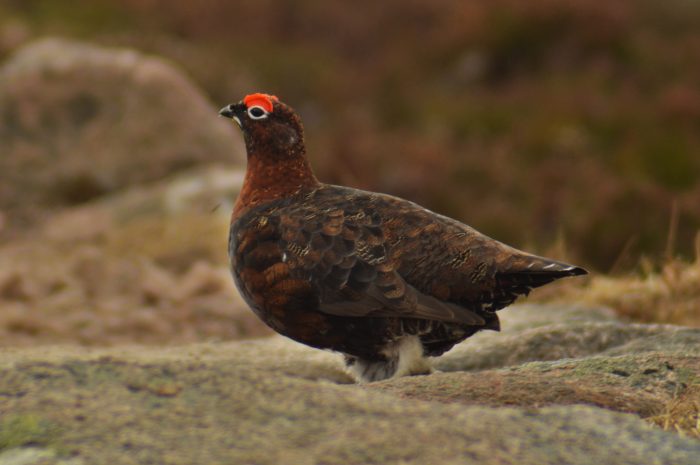 Four years ago, the RSPB lodged a formal complaint to the European Commission regarding the sorry state of Special Areas of Conservation Concern (SACs) and Special Protection Areas (SPAs) across upland England. Sites stringently protected on paper but as the RSPB’s Martin Harper puts it, that have been “failing to deliver for nature for too long”. This complaint initially centered on one site in particular, Walshaw Moor in the South Pennies, but has now broadened to encompass other SPAs across the moorlands of Northern England and highlights the failure of DEFRA and thus, the UK government to safeguard these sensitive and ecologically diverse habitats.

The complaint put forth by the RSPB calls into question the issue of burning across areas of deep peat soil – a practice carried out by the grouse shooting industry to ensure an abundance of fresh heather shoots and a high yield of the Red Grouse that depend on them. Red grouse that are later shot in droves. Permission for such burning has been granted time and time again by DEFRA, despite the obvious implications for the continued health of blanket bog habitats and then scarce wildlife that should occur on such protected sites.

Last week, in response to the aforementioned complaint and a similar (but unrelated) one submitted by Ban The Burn, the European Commission began legal proceedings against the UK government, issuing a letter of formal notice. The commission now look set to begin a full infraction procedure over what it sees as a direct breach of the EU habitats directive with the UK failing to protect its vulnerable blanket bogs. This move has been welcome by many, myself included, who stand grateful to the RSPB but for taking a stand against bad practice and for speaking out for our fragile upland ecosystems. Some do not agree however. As many of you will know, a growing number of people are now calling for an all out ban on driven grouse shooting due to its association with raptor persecution, burning and other such unsavory practices. Many of those supportive of the campaign, lead by Mark Avery, have been openly critical of the RSPB; claiming that the organisations “indecisiveness” on the matter is only worsening the situation and many implore the NGO to rally behind calls for a ban. The public is split it seems, many (over 33,000) have joined calls for a ban on DGS; others commend the burning that takes place while others, again, myself included, agree with the less radical reasoning of the RSPB. Martin Harper has time and time again clarified the RSPB’s middle-ground position of the grouse shooting; not supporting an all out ban but pushing for greater control, licensing and an end to bad practice.

This announcement looks set to take the ‘grouse debate’ to a whole new level in the near future and it does, at least superficially, appear that change could be on the horizon. Something brought home perfectly in the closing sentences of Martin Harper’s most recent blog post where he writes: “Now through the Hen Harrier Action Plan and this European Commission led process there is a chance of real progress. The challenge is now with DEFRA, Natural England and the driven grouse industry to respond constructively to the growing evidence that change is needed, and to do so positively”

Only time will tell if real, beneficial and undeniably, much needed change is around the corner though whether or not this occurs, one thing is for certain – the passionate, entrenched, at times infuriating debate surrounding grouse, shooting and our moorlands in general will not be put to bed anytime soon.

For more from me, please follow me on twitter: @CommonByNature or check out my blog at commonbynature.co.uk