New research investigates the impacts of forest loss on species and biodiversity over time, and reveals both losses and gains in species. This highlights the far-reaching effects of forest cover loss on global biodiversity. 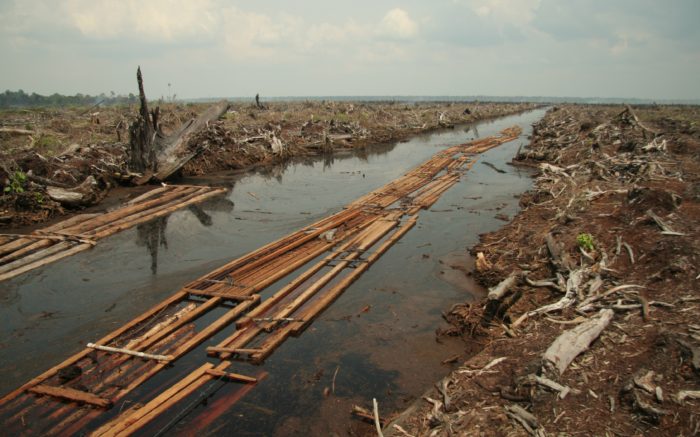 New research, led by the University of Edinburgh and the University of St Andrews, reveals that as tree cover is lost across the world’s forests, plants and animals are responding to the transformation of their natural habitats. The study, published in Science, focuses on biodiversity data spanning 150 years and over 6,000 locations.

Forest loss amplifies the gains and losses of biodiversity – the numbers of individual plant and animal species, as well as the wider diversity and composition of ecosystems around the planet.

Forests support around 80% of all species living on land, from eagles, bluebells, beetles, and many more. This biodiversity provides important ecosystem services and some species, such as the rosalia longicorn beetle, survive best in intact old forests. However, forests are being altered by human activities, for example deforestation for the cultivation of agricultural crops or the conversion to rangeland for grazing cattle. The research reveals that forest loss amplified both gains and losses in the abundance of different species as well as in the overall biodiversity.

This study used the BioTIME and Living Planet biodiversity databases that contain data collected by researchers working at sites around the world. Bringing together over 5 million records of the numbers of different plants and animals with information on both historic and contemporary peaks in forest loss, the researchers analysed the worldwide impacts of forest loss on biodiversity.

The international research team discovered both immediate and delayed effects of forest loss on ecosystems, indicating that biodiversity responses to human impacts are diverse and play out across decades.

Findings also reveal that some tropical areas experience more forest loss now than they have ever seen in the past, resulting in declining numbers of different animal species. In North America and Europe, the greatest loss of forests often occurred centuries ago, however even the smaller amounts of forest loss in the present day led to different biodiversity responses, escalating gains in certain species and losses in others.

The pace at which biodiversity responds to forest loss varies from a few years, as is the case for many short-lived grasses, light-loving plants and insects, to decades for long-living trees and larger birds and mammals.

For long-lived species, the effects of forest loss do not happen right away and could take decades to become apparent in the biodiversity data that scientists collect.

Gergana Daskalova, PhD student in the School of GeoSciences at the University of Edinburgh and lead author of the study, said: “Biodiversity, the types of species like different plants and animals around the world, is always changing and the species we see on our forest walks today are likely different from the ones we saw growing up.

“We’re harnessing the power of generations of scientists recording data as they walk through forests. This allowed us to find signals amidst the noise and pick apart the influence of forest loss from the natural variation in biodiversity over time.

“Surprisingly, we found that forest loss doesn’t always lead to biodiversity declines. Instead, when we lose forest cover, this can amplify the ongoing biodiversity change. For example, if a plant or animal species was declining before forest loss, its decline becomes even more severe after forest loss. That same intensification of the signal was also true for increasing species.

“Changes in the biodiversity of the planet’s forests matter because they will echo through how these landscapes look, the types of species they support and the benefits that forests provide for society like clean air and water.”

Dr Isla Myers-Smith, co-senior author, from the School of GeoSciences at the University of Edinburgh, continued: “To get a global picture of how the planet is changing we need to combine different types of information from observations of plants and animals on the ground through to satellite records of ecosystem change from space. Our study brings together these two perspectives to make new insights into how biodiversity responds when forests are lost around the world.

“Ecology is being reshaped by the new tools available to us as researchers. From satellite observations through to high-performance computers, we ecologists can now ask questions with larger and more complex datasets. We are now coming to a new understanding of how ecosystems are responding to human impacts around the planet.”

Dr Maria Dornelas, co-senior author from the School of Biology at the University of St Andrews, added: “Humans are undoubtedly changing the planet. Yet, global analyses of how biodiversity is changing over time, like our study, are revealing biodiversity changes are nuanced and variable.

“With a better understanding of the different ways, both positive and negative, in which forest loss influences biodiversity, we can improve future conservation and restoration of global ecosystems. Only with collaborative science combining datasets from around the world can we assess both the state of the world’s forests, as well as the millions of plants and animals they support.