Overall, an area the size of around 4,500 football pitches is still being lost every day. 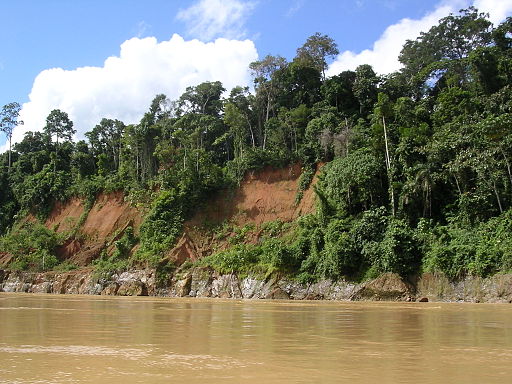 A new study, the first comprehensive estimate of threatened tree species in the Amazon rainforest, has revealed that more than half of all tree species there face extinction. According to the data, up to 57% of all Amazon’s trees may already fit the criteria of being globally threatened. These include iconic species such as the Brazil nut tree, cacao (the source of chocolate) and acai, which are also important food crops. If the estimates are confirmed, the number of threatened plant species on Earth would rise by almost a quarter.

The landmark study, published in Science Advances, was carried out by 158 researchers from 21 countries. They compared data from almost 1,500 forest plots with maps of current and predicted deforestation levels to estimate how many tree species have been lost and how many are likely to disappear by the middle of the century. They used population changes to work out how threatened the species were, how many had been lost and where they were.

It was discovered that the Amazon, the world’s largest and most diverse rainforest, could be home to more than 15,000 tree species. Of these, between 36% and 57% are likely to qualify for the category of globally threatened on the IUCN’s Red List of Threatened Species. As the same trends observed in the Amazon apply throughout the tropics, the researchers argue that most of the world’s 40,000 tropical tree species are likely to also be globally threatened.

Deforestation has been a problem in the Amazon for many decades. Loggers, miners and farmers are responsible for the removal of 12% of its area. Brazil, which holds 60% of the Amazon rainforest, has sharply cut its rate of deforestation but elsewhere the loss continues, and is actually increasing in Peru and Bolivia. Overall, an area the size of around 4,500 football pitches is still being lost every day. Deforestation is driven by demand for beef, soy and palm oil which will no doubt continue to rise as the world’s human population continues to grow.

The more positive news that the study reported is that, if properly managed, parks and reserves will prevent extinctions. Protected areas, as well as indigenous territories, now cover over half of the Amazon basin. They face a barrage of threats, including dam construction, mining, wildfires and drought, but if they suffer no further damage the number of species at risk will be only a third of the predicted total.

“It’s a battle we’re going to see play out in our lifetimes,” said William Laurance of James Cook University in Australia, one of the study’s authors. “Either we stand up and protect these critical parks and indigenous reserves, or deforestation will erode them until we see large-scale extinctions.”

Over the last ten years, scientists have had the resources to place 1,275 plant species from tropical South America on red lists. However, the much broader approach taken in this new study provides strong evidence that the number of red-listed Amazon trees and plants should be ten times higher.