A new statistical model has been developed to improve estimates of abundance and population trends of North Atlantic right whales. It reveals that, since 2010, their numbers have declined. 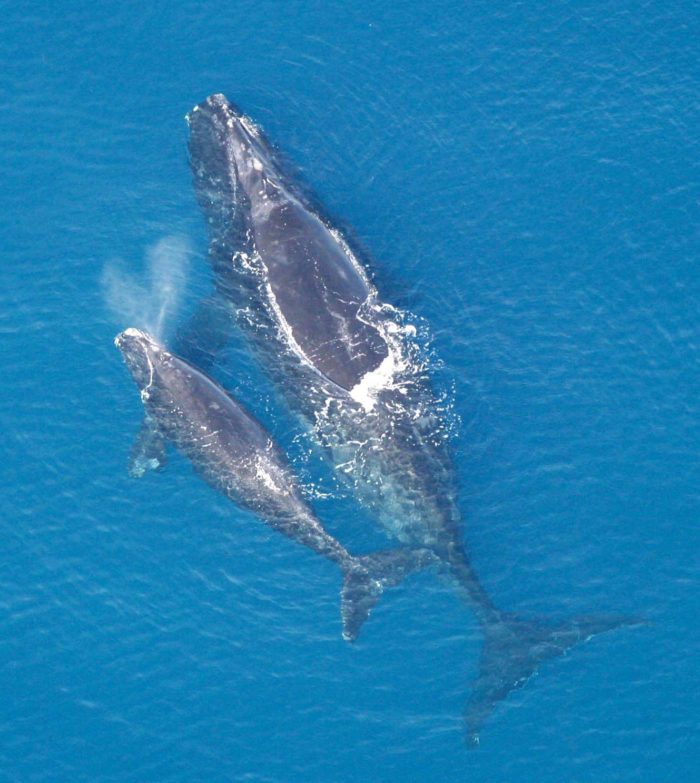 Marine biologists have developed a new model to improve estimates of abundance and population trends of the endangered North Atlantic right whale – a species that has declined in numbers and productivity in recent years.

Between 1990 and 2010, their abundance increased to 482 animals, but since then their numbers have declined to 458 in 2015. Fourteen deaths have already been recorded this year.

The findings, by researchers at the National Oceanic and Atmospheric Administration and their colleagues at the New England Aquarium, are published in the journal Ecology and Evolution.

From 1990 to 2010, the abundance of North Atlantic right whales increased at a rate of just below 3% per year – in 1990 there were around 270 animals and in 2010 there were 482 animals. However, after the relatively steady increase during this time period, abundance has since declined, and in 2015 there were 458 animals.

The analysis, of more than 61,000 whale sightings, shows that the probability that the population has declined since 2010 is estimated at 99.99%. Of particular concern is the decline of adult females in the population (their numbers were estimated at 200 in 2010 but just 186 in 2015), as well as the known deaths of 14 whales this year and the widening gap between numbers of males and females.

“Although our work directly reveals a relatively small decrease, the subtext is that this species is presently in dire straits,” said lead author Richard Pace, a large whale researcher at NOAA’s Northeast Fisheries Science Centre.

The new statistical model provides a clearer and timelier picture of North Atlantic right whale numbers. Compared to existing methods, the new estimates are less affected by changes in whale distribution, less reliant on sighting frequency, and better account for animals that are still alive but not frequently seen.

In the past few years, these whales have not aggregated as consistently at the times and places where they have been in the past. Therefore, the likelihood that they will be sighted is reduced, since survey efforts are most efficient when conducted while whales are coming together in large groups to feed, calve and care for their young. This change in behaviour has made the census-based estimate of their population less reliable in the past – which is what led to the development of this new model for estimating abundance.

The main causes of whale deaths or serious injuries are entanglement in fishing gear and collisions with ships. NOAA Fisheries are working with fishermen and shipping companies to reduce these threats to the whales. Research is also still ongoing into the biology and conditions of animals in the population. The improved picture of the whales’ abundance and population trends provided by the new model will go a long way to help to conserve these rare ocean giants.