Home › Articles & Blogs › How to save the Saola

How to save the Saola

With less than 100 individuals remaining, the saola is in imminent danger of extinction caused by commercial snaring to supply the wild meat trade. Experts say that their only remaining chance of survival is the establishment of a captive breeding programme. 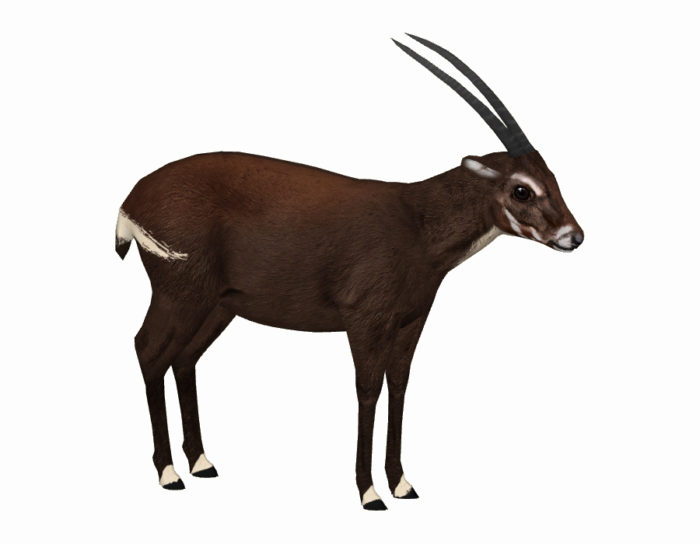 The saola, a primitive wild cattle endemic to the Annamite mountain range in Vietnam and Lao People’s Democratic Republic (PDR), is in immediate danger of extinction. The primary threat to its survival is intensive commercial snaring to supply the thriving wild meat trade in Indochina. In order to save the saola, experts say that it is now essential to establish a conservation breeding programme.

In a letter published in Science, a group of conservationists and scientists including members of the IUCN Saola Working Group and the Leibniz Institute for Zoo and Wildlife Research in Berlin, have voiced their concern about the future of the species and stressed the importance of urgent ex situ management.

The saola was only discovered 25 years ago, in May 1992 during a joint survey carried out by the Ministry of Forestry of Vietnam and WWF in north-central Vietnam. The find proved to be the first large mammal new to science in more than 50 years and one of the most spectacular zoological discoveries of the 20th Century. Often called the Asian unicorn, the saola’s two parallel, straight horns can reach 20 inches in length. Meaning “spindle horns” in Vietnamese, they are relatives of wild cattle and buffaloes, but more closely resemble an antelope. Little is known about this enigmatic animal, as it is rarely seen in the wild and none are currently held in captivity.

Since its discovery, the saola has become a flagship for conservation in Southeast Asia, and is one of the rarest large animals on earth. “For many years, the Saola Working Group has worked in collaboration with NGO partners and the governments of Vietnam and Lao PDR to protect the forests and wildlife of the Annamites. But despite the ongoing efforts, there has been little progress in either Vietnam or Lao PDR to reduce the snaring to levels that will allow the last saola to survive,” says William Robichaud, the Coordinator of the Saola Working Group.

Snares kill indiscriminately, so populations of all large- and medium-sized mammals in the region have been decimated. Snaring is a tragedy for all ground-dwelling species, but it is a catastrophe for endemics like the saola because their extirpation from the Annamites means global extinction. Two other recently-described endemic mammal species in immediate danger in the region are the large-antlered muntjac and the Annamite striped rabbit.

The saola is facing imminent extinction. Although obtaining exact population estimates is problematic, in 2015 the Saola Working Group estimated the global population to be less than 100 individuals. Since then, the situation has deteriorated considerably, and it is likely that the species is down to a few individuals scattered across the region. In several small, isolated populations, they are further threatened by other factors, such as genetic inbreeding, skewed sex ratios and the difficulty of isolated males and females to find each other for mating. The results of a preliminary Population Viability Analysis in 2015 indicate that even if the threat of hunting ended immediately, it is likely that all saola subpopulations would drift to extinction in the next 10 to 15 years.

To try to conserve the last of the saola, the Working Group is collaborating with the governments of Vietnam and Laos PDR to implement a bold new initiative – establishing a conservation breeding programme. “Capturing some of the last saola and transferring them to a protected breeding facility supervised and staffed by international experts is the most important step to save this enigmatic species from extinction,” says Robichaud.

But for conservationists and scientists, finding and capturing the last saola remains a daunting task. In addition to being very rare, the animal lives in some of the most rugged rainforests on the planet. The last confirmed record of a saola is a photograph obtained through camera-trapping by WWF-Vietnam in 2013 in the Saola Nature Reserves.

“We need more systematic large scale surveys across the Annamite landscape to find the last saola, and the remaining strongholds of other highly threatened species,” explains Andrew Tilker of the Leibniz Institute for Zoo and Wildlife Research in Berlin, Germany, lead author of the letter. Tilker is also a member of the IUCN Saola Working Group and an Associate Conservation Scientist at Global Wildlife Conservation. For the past three years scientists from the Leibniz-IZW, in collaboration with conservationists from WWF and Global Wildlife Conservation, have been surveying mammal communities in the central Annamite mountain range. “Expanding surveys to more areas and coupling established methods such as camera-trapping with modern approaches such as the molecular analysis of terrestrial blood-sucking leeches is needed to find the remaining populations of these threatened endemic mammal species,” Tilker says. “With these data, conservation scientists can make recommendations for the effective use of limited resources to aid the conservation of the rare and threatened Annamite endemics.”

In the letter, the team of scientists set out their plan. “The last saola must be found, caught and transferred to captive breeding facilities located within the range countries. The first facility is currently being built in Vietnam. The breeding centre will be staffed with hoofstock experts to endure the survival and successful breeding of captured saola. After a captive population has been secured, the next challenge will be to protect one of more areas from poaching – only then can the species be reintroduced into the wild.”

Another threat to the saola is habitat loss. Forests are disappearing to make way for agriculture and plantations. This means that the saola is being squeezed into smaller and smaller spaces. The added pressure from rapid and large-scale infrastructure in the region is also fragmenting habitat. Furthermore, there is a concern that this is allowing hunters access to the once untouched forests that the saola live in, and making it even easier for them to lay the snares that kill the saola and other animals. Nevertheless, if scientists and governments from all over the world can put a concerted effort into saving this enigmatic species, there is hope for its survival in the long term.

Barney Long, member of the Saola Working Group and Director of Species Conservation at Global Wildlife Conservation, says “With a collaborative international effort, in partnership with the governments of Vietnam and Lao PDR, we still have a chance to save the saola from extinction. If we can raise the required funding, we believe we can succeed, and the story of the saola will pave the way for similar approaches for other highly threatened species in the Annamites.”