Home › Articles & Blogs › I is for Iceland Gull

I is for Iceland Gull

Iceland gulls breed in the Arctic, mainly Greenland and northern Canada, and move south during winter to feed away from the worst of the polar winter.

By Chris Foster on 14th May 2012 in A to Z of British Birds, Bird Conservation 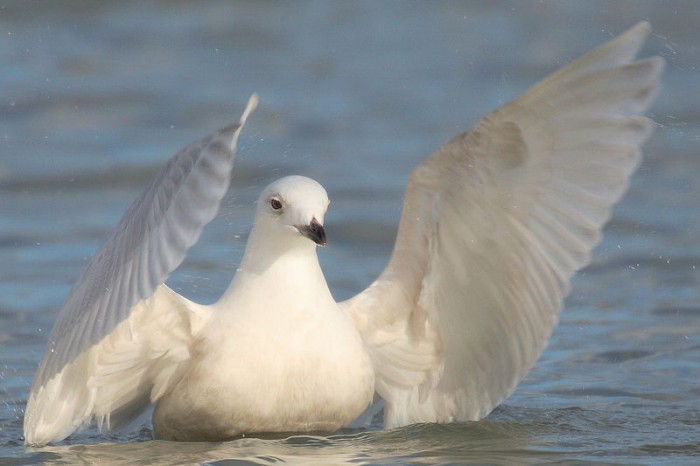 Iceland Gull: not a bird that evokes the month of May, for which I must start by apologising. But this is the hand the alphabet has dealt me – the letter I boasts very few birds to choose between. Fortunately, their un-seasonality* helps to illustrate the main point I’d like to make concerning Iceland gulls – the way a single bird can transport you to another place.

Iceland gulls breed in the Arctic, mainly Greenland and northern Canada, and move south during winter to feed away from the worst of the polar winter. That’s when they’re common in Iceland, and each year a modest number of individuals reach as far south as the coast of Britain, along with similar numbers of the larger Glaucous gull. However, early this year strong, persistent gales drove a remarkable influx of both these white-winged species** into UK airspace. As many as 150 were present at once just in Shetland, and many more than usual made it right down to the Channel coast, giving experienced birders the chance to practice their arcane arts (separating Iceland Gull subspecies such as the American form, Kumlein’s Gull, for example); or more humbly, offering relative fledglings such as myself the chance to catch up with white-winged gulls for the first time.

Thanks to a tip-off from the ever reliable Hampshire bird news service, I found an Iceland gull doing laps of a small portion of Portsmouth harbour. It soared past the Isle of Wight ferry, over the Bridge Tavern, before settling down to rest on a post outside the fish wholesalers. That sounds a long way from Greenland, and Portsmouth harbour might be a sheltered spot on the south coast, but faced with this beautiful, pale gull of the icy north on a bitter January afternoon, I felt as though I’d stumbled into a bleak industrial port somewhere past the Arctic Circle. I might have been in Iceland, not merely watching a gull which bore its name.

For me, that’s where ‘twitching’ for rarer visitors or vagrants can be almost environmentally friendly – oft criticised as a carbon intensive pursuit, it would be hard to claim that a forty-mile trip from Basingstoke to Portsmouth is as damaging as a flight to Reykjavik, Nunavut, or Thule. It isn’t the same, of course. But wandering birds are little windows onto other worlds, emissaries from places we would otherwise struggle to reach. Who could begrudge such an injection of wonder into a day’s birding?

*Although, after this winter’s influx, at least one still remains in Britain.

**The main identifying feature – our regular Larus gulls all have black wing tips.