The Forest Gardeners of Madagascar

A large proportion of trees in Madagascar’s rainforest have fruits that are eaten by lemurs and for some species, lemurs are the primary or only animal that can distribute their seeds

By Alex Taylor on 24th November 2014 in Ecology, Nature & Wildlife 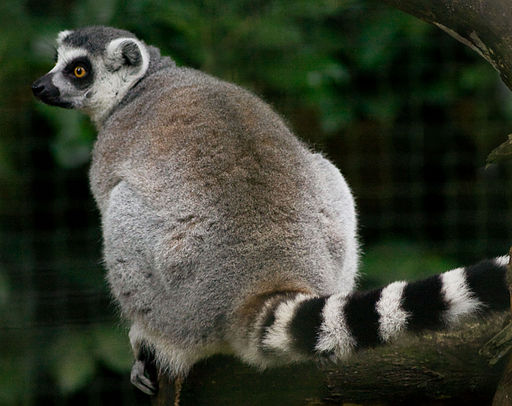 Image: By Rvb (Own work) [Public domain], via Wikimedia Commons

Madagascar is an island renowned for its lemurs. One hundred and one species can be found there, having evolved in isolation and radiated into virtually all of the island’s ecosystems, free from competition or predation. Sadly, every species of lemur is threatened with extinction, mainly due to habitat destruction and hunting.

It is now thought that the loss of lemurs could have serious consequences for the rainforest in which they live. A new study from scientists at Rice University in Texas, published in the Ecological Society of America’s journal Ecology, showed the positive impacts lemurs have on rainforest tree populations. The scientists studied the symbiotic relationship between fruit-eating lemurs and the trees that feed them over three years in a rainforest in south-eastern Madagascar.

They followed the seed-dispersal patterns of three species of lemur – the red-fronted brown lemur, the red-bellied lemur and the southern black-and-white ruffed lemur. Twenty-four groups of lemurs were tracked and observed, and experiments were conducted on seed sprouting and survival.

Their results demonstrated that seeds of a common canopy tree have a 300% higher chance of sprouting and becoming a sapling when dispersed by a lemur, as opposed to simply falling to the ground. One lemur in particular, the red-fronted brown lemur, was found to be especially good at dropping seeds in spots that are most advantageous for sprouting and survival. The other species were not so selective, but still benefitted the trees by moving their seeds away from the parent tree. The lemurs act as forest gardeners, ensuring tree survival and boosting their numbers.

Onja Razafindratsima, lead author of the study, said: “Seeds away from the parent tree survive better because there’s less competition among seedlings. If they’re close by the parent, they may also share the same natural enemies, like soil pathogens and seed predators, so there’s higher mortality.” Co-author Amy Dunham added: “Lemurs fill an important role as the gardeners for these trees. By ensuring that some seeds land in spots suitable for germination and survival, they increase the ability of these trees to replace themselves.”

A large proportion of trees in Madagascar’s rainforest have fruits that are eaten by lemurs and for some species, lemurs are the primary or only animal that can distribute their seeds – lemurs are the largest fruit-eaters in the ecosystem, so can swallow seeds that may be too large for other fruit-eating species, such as bats or birds.

The scientists hope that the study will contribute to growing efforts to protect lemurs, and the rainforest too, which has been impacted by economic and political instability in recent years. Yet more research into the relationship between trees and lemurs is clearly required. Dunham says: “What got us interested is that frugivorous lemur populations are declining across the island, and we know very little about how these seed dispersers actually affect tree populations. Once we understand that better, maybe we’ll have a better idea of how the community might change if the lemurs disappear.”