Within the reserve itself only eland, Grant’s gazelle and ostrich have shown any signs of recovery. Overall, the populations of impala, warthog, giraffe, Coke’s hartebeest and topi have declined by over 70%.

By Alex Taylor on 26th October 2011 in World Conservation Issues 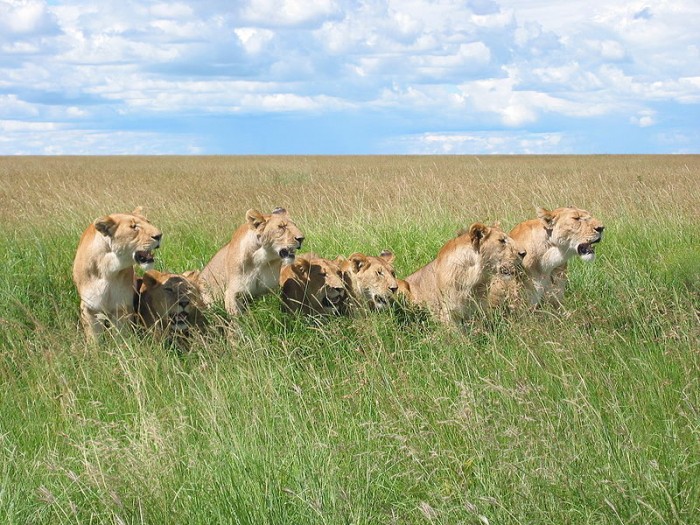 A recent report published in the Journal of Zoology contained results that shocked the scientists who wrote it. They studied data from the past 33 years of monitoring to calculate the trends in wildlife populations in the Masai Mara reserve in Kenya and the adjacent Masai pastoral ranches. Dr Joseph Ogutu, one of the scientists, said: “we were very surprised by what we found. The Mara has lost more than two thirds of its wildlife”.

Of the 13 large species studied, all have shown declines outside of the reserve, except for ostriches and elephants. African buffalo and African wild dog have all but disappeared. Within the reserve itself only eland, Grant’s gazelle and ostrich have shown any signs of recovery. Overall, the populations of impala, warthog, giraffe, Coke’s hartebeest and topi have declined by over 70%.

The Masai Mara’s famous wildebeest migrations are also in trouble, now involving 64% fewer individuals than in the early 1980s, despite few changes to their numbers in the Serengeti (where the migrating animals come from). During the wet season, when there is no migration, resident wildebeest numbers have fallen by 97% and resident zebra populations have crashed by three quarters.

The scientists had expected populations to have recovered since 2000-2001, as this is when major conservancy efforts and local policing began in an attempt to protect the wildlife.  However, illegal cattle grazing within the reserve has increased by a massive 1,100%, and numbers of sheep and goats have increased seven-fold.

Such heavy grazing is thought to be displacing wildlife, and causing larger species to become more vulnerable to starvation during the recent severe droughts. Poaching is also still a major problem – between 2001 and 2010, over 1500 poachers were caught and more than 17,300 snares collected by rangers. All of these threats must be tackled in order to reverse this decline, and the expansion of human settlement needs to be regulated. Otherwise, as Dr Ogutu states, “the status of the Masai Mara as a prime conservation area and premier tourist draw card in Kenya may soon be in jeopardy”.