Home › Articles & Blogs › What can reverse the wildlife decline in the Masai Mara?

What can reverse the wildlife decline in the Masai Mara?

People living in and around the Mara can harm or help wildlife, but current trends on the western edge of the reserve are at a crossroads. 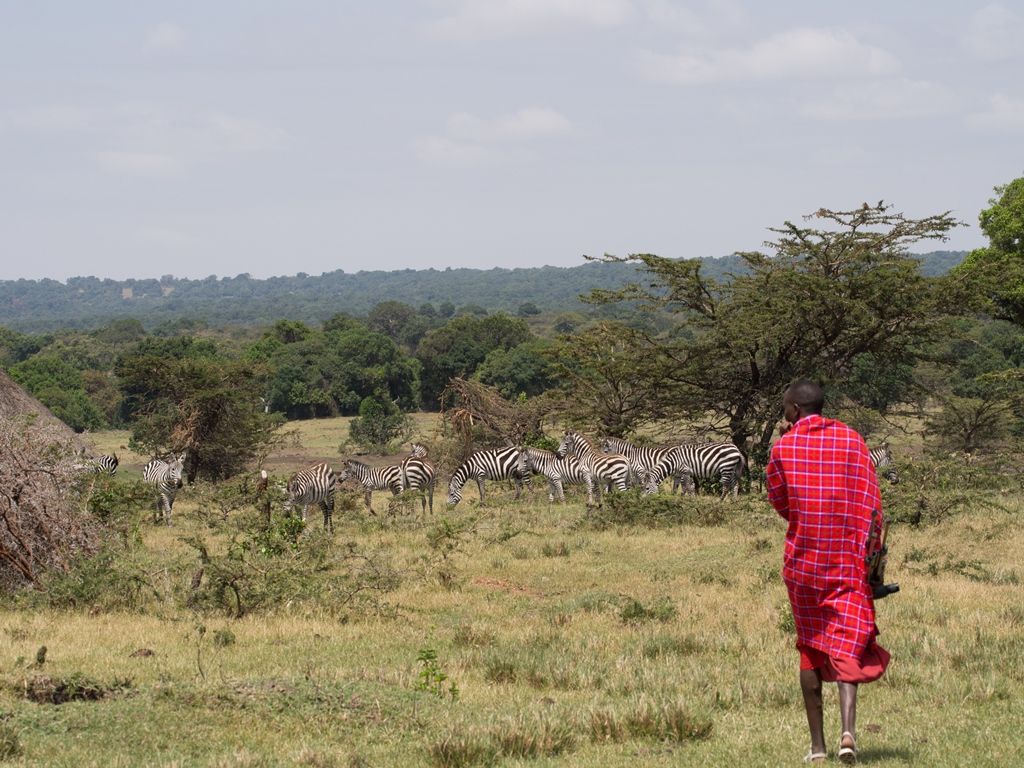 By Bridget Gies and Katie Pflaumer.

Kenya’s Masai Mara reserve hosts an impressive number of iconic African mammals, yet wildlife populations have plummeted in the Mara over the past few decades. Scientists report that populations of most large mammals have declined to a third or less of their former abundance in the Masai Mara National Reserve and on adjoining group ranches.  These losses dramatically affect ecosystems and the Kenyan economy, which depends heavily on wildlife-related tourism.  The Kenyan government and conservation groups have been trying for over a decade to reverse this trend.  Now it’s clear that new strategies and more efforts are needed.

People living in and around the Mara can harm or help wildlife, but current trends on the western edge of the reserve are at a crossroads.  Here some Maasai are increasing the cultivation of pristine grasslands by leasing their lands to agribusinesses for income.  As this occurs, livestock become more concentrated on remaining pasturelands, which can lead to overgrazing and habitat destruction.  With less available habitat for wildlife, human-wildlife conflicts increase.  Poaching, particularly of elephant and rhino, but of many other ungulates and predator species, continues to be a problem, driven by human-wildlife conflict as well as economic factors.

Pastoralist cultures like the Maasai have coexisted with wildlife for centuries.  Now, crowded into ever-smaller pasture areas and financially pressured to sell or lease their tribal lands for agriculture and development, such coexistence has become more difficult.  In an effort to save their lands, their cultural identity, and the ecosystem they depend on, some Maasai communities are forming conservancies, in which community members agree to manage their lands in ways that are beneficial for both cattle and wildlife.  Such efforts are usually funded through ecotourism, especially appealing to visitors who value community-based conservation.  The Mara Naboisho Conservancy and the Olare Otorogi Conservancy are examples of such efforts.  Yet, many critical wildlife areas remain unprotected.

One such area is the Siria Escarpment and Plateau, to which large numbers of elephant and giraffe migrate seasonally.  Here, local Maasai youth have formed Maasai Morans Conservation and Walking Safaris (MMCWS), a registered community-based organization working to engage the local community and create a conservancy.  The community response has been enthusiastic, but implementation presents many challenges, not the least of which is funding — particularly as the conservancy may operate independent of large tour companies and hotel chains.  MMCWS is attempting to financially support the conservancy through low-impact camping and walking safaris businesses, owned and operated by the Maasai themselves.

So, while community initiatives may be the answer to the Mara’s wildlife crisis, they still rely largely on the awareness and willingness of tourists to support them.  That means that you have as important a part to play in saving the Mara as any NGO.  If you’re planning a safari, instead of simply visiting a tourist facility inside the Masai Mara Reserve, take a look at the wildlife experiences offered outside the reserve, which may be even richer and more intimate than the package deals offered by larger tour operators.  And spread the word.  You will be part of something both important and unforgettable.