A lack of data on many amphibian species has meant that their extinction risk was unknown. A team of scientists have now used known ecological, geographical, and evolutionary attributes to model the risk…and results show that at least another 1,000 species are under threat. 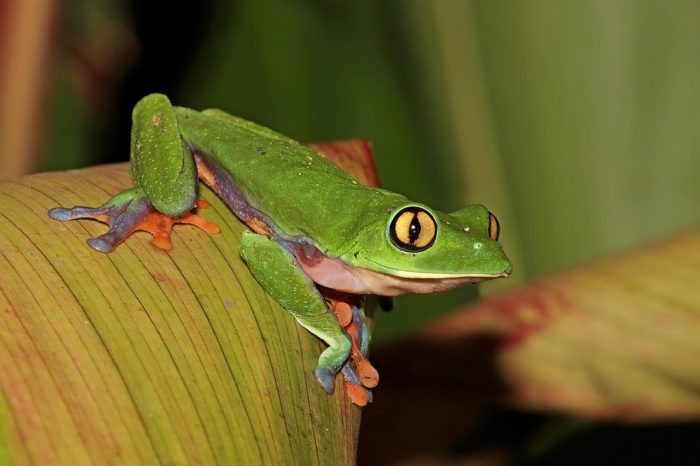 At least a quarter of the world’s approximately 8,000 known species of amphibian are recognised as threatened and at risk of extinction. But due to a lack of data on many amphibian species, only about 44% of amphibians have up-to-date assessments on their risk of extinction, compared to nearly 100% of both birds and mammals. Now, researchers reporting in the journal Current Biology have used known ecological, geographical, and evolutionary attributes of these data-deficient species to model their extinction risk – and their assessment suggests that at least another 1,000 species are threatened.

“We found that more than 1,000 data-deficient amphibians are threatened with extinction, and nearly 500 are Endangered or Critically Endangered, mainly in South America and Southeast Asia,” said Pamela González-del-Pliego of the University of Sheffield and Yale University. “Urgent conservation actions are needed to avert the loss of these species.”

The lack of information on these species results from high rates of new species description together with a lag in assessment rates in the last 15 years, she explains. All told, about 2,200 amphibian species had been deemed data deficient. Their extinction risk status simply was not known.

To make predictions about the status of those data-deficient species, González-del-Pliego and her colleagues applied what they call a trait-based spatio-phylogenetic statistical framework. In other words, they used what is known about the ecology, geography, and evolutionary attributes of these species, together with those attributes’ known relationship to extinction risk, to predict whether each of those little-known species was likely to be threatened with extinction and which were not.

Overall, their calculations suggest that half of the approximately 2,200 data-deficient species are threatened with extinction, primarily in the Neotropics and Southeast Asia. About 500 species are likely Endangered or Critically Endangered, they report. Three may be extinct already.

Their findings suggest that some of the most vulnerable species may also be the most poorly known. But there is a positive side to the new findings, the researchers note: at least in some parts of the world, efforts to protect species known to be under threat might benefit threatened but data-deficient species as well.

The same cannot be said of amphibians living in Southeast Asia and Central Africa, however, due to poor overlap in the distribution of data-deficient and known threatened species. The bottom line, González-del-Pliego says, it that the “percentage of threatened amphibians is much higher than we previously knew.”

She says that the new predictive evidence should now be used to make informed decisions about which species and regions to target: “We need to move quickly to consider amphibians as a high conservation priority and integrate data-deficient species into conservation strategies.”