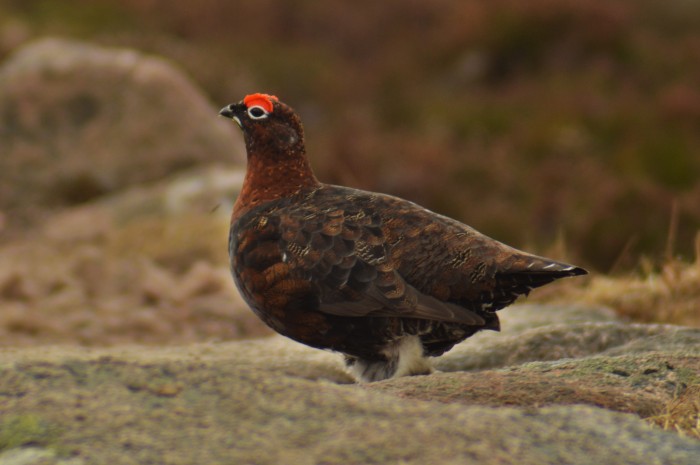 This week saw the publication of a new paper focusing on the environmental implications of driven grouse shooting (DGS). In the paper, published to IBIS, the international journal of avian science, Thompson et al (2016) scrutinize the pros and cons of the controversial practice and touch upon a range of issues; from predator control and medicated grit to controlled burning and damage to upland bogs. The paper is certainly interesting and well worth a read if you have a moment – whatever side of the shooting debate you find yourself rooted on.

Before jumping into the implications of the practice, Thompson et al (2016) gives an insight into the sport itself; summarizing just what the practice entails, looking at the ecosystem services provided by moorland sites and touching upon the various practices deployed to ensure high yields of Grouse. Of course, given the title of the paper, it is the implications of DGS that are of the greatest importance. The authors begin with predator control, first summarizing the practice, writing:

Following this the authors go on to touch upon the wide implications of predator control; both legal and illegal. Here it is claimed that a number of mammalian predators, among them; Pine Marten Martes martes and Scottish Wildcat Felis silvestris (Harris & Yalden 2008, RSPB 2015) – something sure to raise eyebrows in the shooting community with many sportsmen supporting the recent Wildcat recovery scheme and many controlling feral cats as a means of preserving the embattled Scottish feline. Bypassing the wider implications of legal control, Thompson et al (2016) next highlight implications of illegal raptor persecution – another issue commonly associated with DGS. Summaraising the issue in four points they write:

(1) illegal use of poisons to kill predators is associated with land actively managed for grouse shooting (Whitﬁeld et al. 2003).

(4) breeding performance of Peregrines Falco peregrinus is lower on grousemoors than other habitats, with only one-third of pairs on grouse moor territories producing any young, even though clutch and brood sizes of successful nests do not differ between grouse moor and other habitats (Amar et al. 2012).

Next on the agenda is managed burning, a process carried out to ensure a mix of young heather; the favoured food of Red Grouse, and older heather used for nesting and cover. The authors first highlight the positive implications of the practice; namely the preservation of dwarf-shrub heath habitat and the provisioning of nesting habitat for ground nesting birds. More is written about the negative implications however; the authors drawing attention to the implications for additional ground nesting species and the impact upon woodland regeneration. On the subject they write:

Following this, Thompson et al (2016) touch upon a range of associated impacts including but not limited to; hydrological implications, damage to peat bogs and C02 emissions – citing numerous scientific studies sourced from far and wide. Finally, the implications of medicated grit are discussed alongside the control of “pest” species such as Mountain Hare that have been shown to transmit ticks to Grouse.

All of this and the conclusions reached from the study can be found here: http://onlinelibrary.wiley.com/doi/10.1111/ibi.12356/epdf. All in all, the authors provide a pretty damning assessment of a practice condemned by many for its negligible environmental impacts. There are glimmers of hope; notably the benefits to declining wading birds, grouse and the preservation of an iconic and globally scarce habitat. No doubt the paper in question will be disputed in time but provides considerable food for thought for those yet to make up their minds on the matter. The authors do not echo calls for a ban on DGS but do conclude that the industry must change substantially. In line with my own way of thinking, the authors accept that grouse moor management “could contribute a lot of conservation” but feel for this to happen, things must change, concluding that: “a fundamental shift in behaviours and practices would be needed, informed by evidence, supported by public policy, and led by landowners committed to a sustainable future for grouse shooting”.