O is for Owl

Chris Foster gives us his latest in the A to Z of British Birds series. This week… Owls.

By Chris Foster on 6th August 2012 in A to Z of British Birds, Bird Conservation 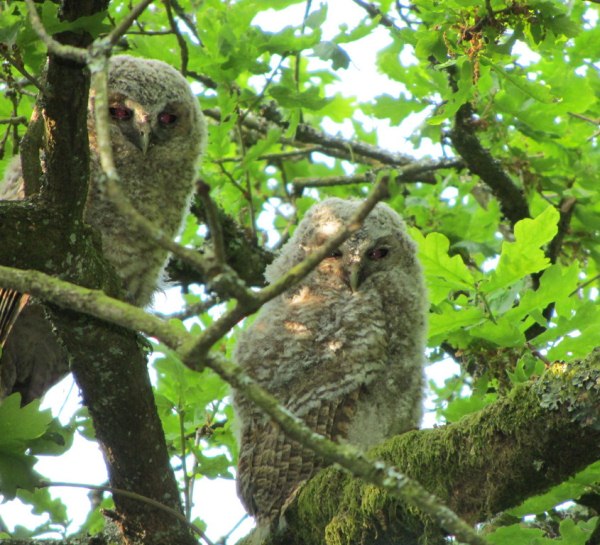 Of the five regular British species, perhaps tawny owls are best known. They give the familiar night-time hoot – ‘twit’ and ‘twoo’ is actually a call and response from two different birds, though not necessarily female and then male, as is often believed.  A medium-sized species, largely reddish-brown in colour, tawny owls are strictly nocturnal and therefore more often heard than seen. The best chance of actually seeing one is stumbling on an adult bird’s daytime roost, or a group of youngsters in late spring, which tend to be more visible during the day.

Barn owls might be the most frequently seen species – the white ghost of open farmland. Out hunting against a low winter sun, or on a mild summer’s night, there is hardly a more beautiful bird, their white feathers mottled with gold and blue, though most sightings will be of a white shadow passing rapidly over a road or hedgerow. I hear barn owls less often than tawny, but since their high-pitched, raucous screams are truly terrifying – sounding exactly like someone being attacked if heard through the haze of sleep – I’m not sure I mind.

Beyond these familiar birds, little owls, being diurnal, might be the most recognizable species. A truly diminutive owl – about the size of a blackbird– it’s also highly charismatic, with a fierce expression that suggests a bird not to be trifled with, size notwithstanding. Little owls are not strictly native to Britain, having been introduced in the nineteenth century. But they’re well-loved and apparently do little harm, so it is perhaps a cause for concern that the British population appears to be declining.

Two members of the Asio family round out the British owl list: short-eared and long-eared owls. The former is a favourite of many birders, and indeed photographers, a beautiful pale brown owl with piercing yellow eyes which breeds in open country in northern Britain and some coastal areas. Southern birders get our chance in the colder months, when visitors from Scandinavia and mobile natives form over-wintering roosts. These are a real spectacle, with multiple owls hunting together. Long-eared owls are more mysterious than their cousins, and are seldom seen. A slender, orange-eyed owl, thinly scattered across much of central Britain, they are mostly nocturnal, and also mostly silent. So encountering one tends to be a matter of good fortune or extremely good information – ‘gen’, as birders call it.

The very difficulty of seeing owls in the wild makes any sighting a memorable moment. But I hope this incomplete overview shows that the five regular British owls offer a surprising diversity of experiences to the eager observer.