Habitat fragmentation and loss have played their part, but the main threat the giraffes currently face is poaching. 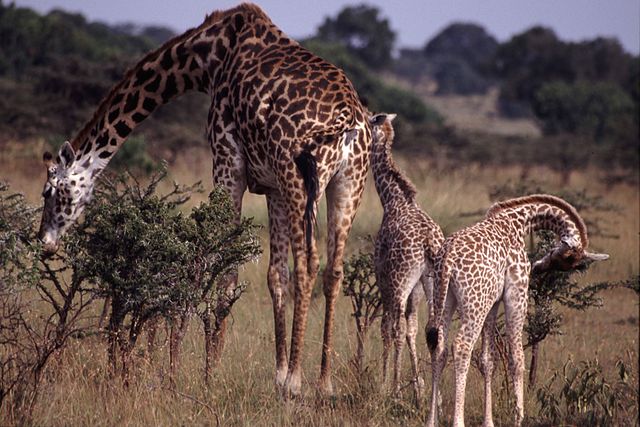 The giraffe is one of Africa’s iconic animals but is quickly disappearing, without many people taking notice. Fifteen years ago they numbered approximately 140,000 individuals, but today their numbers have plummeted by 40% according to the Giraffe Conservation Foundation.

Habitat fragmentation and loss have played their part, but the main threat the giraffes currently face is poaching. Local people hunt the animals for their flesh and poachers sell giraffe heads which are worth a lot of money. Poachers also eat their flesh while hunting other animals such as rhinos and elephants, as they have a sweet taste and are easy to catch. In addition, some Tasmanians believe that the bone marrow and brains of giraffes can cure Aids and other illnesses.

The decline of giraffes has largely gone unnoticed by the public, and even amongst conservationists. Most research on giraffes has occurred only in the past 5 years and in 2010, a comprehensive assessment of giraffe numbers was abandoned because of a lack of resources. Even the Giraffe Conservation Foundation has only recently appointed its first full time member of staff, executive director Julian Fennessy. He said: “Until I started full-time in September there’s never been a full-time giraffe conservationist—ever. Giraffes are the forgotten megafauna. They’re really not getting the attention they deserve.” As a result, he says, “giraffes are in peril.”

There are currently less than 80,000 giraffes in Africa. By comparison, African elephants number 450,000 but have received worldwide attention and serious attempts to protect them. They are also classified by the International Union for Conservation of Nature (IUCN) Red List as a species that faces a high risk of extinction in the wild in the near future. Giraffes, on the other hand, are described on the Red List as being of ‘least concern’ with only two subspecies being listed as ‘endangered.’

One of these subspecies, the West African giraffe found only in Niger, has however responded well to the conservation efforts that have been put in place, as well as a Government crackdown on poaching. Numbers have rebounded from 50 in 1996 to 300 today. “That’s because the Niger government started to put policies in place to really protect giraffes and backed them up with good governance. You can put policies in place but unless you have solid governance and the support of the people, none of that will work,” said Fennessy.

The Giraffe Conservation Foundation are attempting to raise awareness about the plight of giraffes, and organised the first ever World Giraffe Day in June this year. Julian Fennessy co-chairs the IUCN Giraffe and Okapi Specialist Group which is now gathering data in order to assess the status of the entire giraffe species and all nine subspecies. This information can then be used to update the species’ status on the IUCN Red List. This will hopefully ensure that the giraffe receives greater protection, and that the world eventually starts to take notice before it is too late. Fennessy states: “…we have to act now to turn this situation around while it is still possible.”