Tiger geckos in Asia are small in numbers but extremely vulnerable to extinction. Not enough research has been conducted on these species, but what scientists do know is that they are at serious risk of becoming extinct due to the exotic pet trade and need urgent protection. 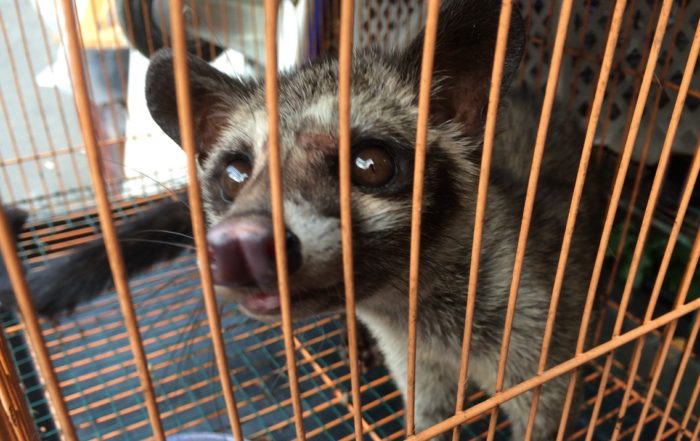 Although much more is still to be learned about tiger geckos, enough is known about these Asian lizards to declare them vulnerable to extinction. They have an extremely restricted distribution and have been facing severe population declines over the past two decades, mostly because of overcollection for the international exotic pet market.

One species, the Cat Ba tiger gecko, can only be found in small numbers on Cat Ba Island and a few islands in the Ha Long Bay in Vietnam. It, as well as the domestic and international trade in tiger gecko species, is the subject of a recent study published in Nature Conservation. The Vietnamese-German research team used direct and online observations, interviews and existing knowledge to warn that strict conservation measures and regulations are urgently needed for all tiger geckos.

Tiger geckos are a genus of 19 species native to Vietnam, China and Japan. Many of them can only be found within a single locality, mountain range or archipelago. They live in small, disjunct populations, where the population from Ha Long Bay is estimated at about 120 individuals. Due to demands in the international pet trade in the last two decades, as well as habitat destruction, some species are already considered extinct at the localities where they had originally been discovered.

However, it was not until very recently that some species of these geckos received attention from the regulatory institutions in their home countries, leading to the prohibition of their collection without a permit. Only eight tiger geckos have so far had their species conservation status assessed for the IUCN Red List. Unsurprisingly, all of them were classified as either Vulnerable, Endangered or Critically Endangered. Nevertheless, none is currently listed by the Convention on International Trade in Endangered Species of Wild Fauna and Flora (CITES), which could be the only efficient and reliable method to monitor, regulate and police the trade of the species on a global scale.

The authors of the study explain: ”Tiger geckos are neither sufficiently protected by law nor part of conservation programmes, due to the lack of substantial knowledge on the species conservation status and probably due to the general lack of public as well as political interest in biodiversity conservation. To date, exact impacts of trade on the species cannot be identified, as data of legal trade are only recorded for species listed in the CITES Appendices.”

During their survey, the researchers tracked local traders in possession of wild-caught tiger geckos representing all five Vietnamese species en route to foreign exotic pet markets, mainly in the United States, the European Union and Japan. The species were also frequently found to be sold in local pet shops in Vietnam, as well as being offered via various online platforms and social media networks like Facebook.

Having spoken to local dealers in Vietnam, the team found the animals were traded via long and complex chains, beginning from local villagers living within the species’ distribution range, who catch the geckos and sell them to dealers for as little as US$4 – 5 per individual. Then, a lizard either ends up at a local shop with a US$7 – 25 price tag or is either transported by boat or by train to Thailand or Indonesia, from where it is flown to the major overseas markets and sold for anywhere between US$100 and 2,000, depending on its rarity. However, many of these delicate wild animals do not arrive alive at their final destination, as their travels include lengthy trips in overfilled boxes under poor conditions with no food and water.

Indeed, although the researchers reported a large quantity of tiger geckos labelled as captive-bred in Europe, it turns out that their availability is far from enough to meet the current demands.

In conclusion, the team provides a list of several recommendations intended to improve the conservation of the Asian geckos: (1) inclusion of all tiger geckos in the Appendices of CITES; (2) assessment of each species for the IUCN Red List; (3) concealment of any currently unknown localities; and (4) improvement/establishment of coordinated ex-situ breeding programmes for all species.