The Urban Taste for Bushmeat

The list of animals killed either for subsistence or to be eaten as a luxury is depressingly long. It includes elephant, chimpanzee, gorilla and other primates, forest antelope, porcupine, monitor lizard, bush pig, cane rat, pangolin, guinea fowl and many, many more.

By Alex Taylor on 29th March 2015 in Uncategorized 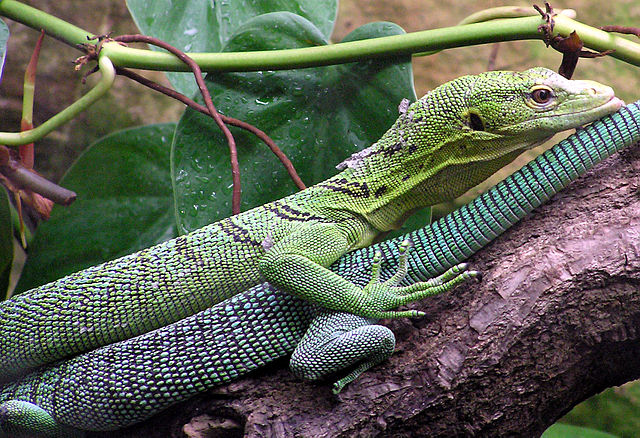 The term bushmeat originates in Africa, defined as the meat of wildlife from the continent’s forests and shrubs. The list of animals killed either for subsistence or to be eaten as a luxury is depressingly long. It includes elephant, chimpanzee, gorilla and other primates, forest antelope, porcupine, monitor lizard, bush pig, cane rat, pangolin, guinea fowl and many, many more. An increasing human population in many parts of Africa (especially in towns and cities) is consuming vast quantities of bushmeat and driving many species close to extinction.

Yet it is not just in Africa that the problem exists. A new study, published in the journal Conservation Letters, has revealed that the problem is also rife in the Amazon region of South America. Scientists from Brazil and Lancaster University interviewed households in two Brazilian ‘prefrontier’ cities – Borba and Novo Aripuanã – which are surrounded by more than 90% of their original forest cover. The study indicates that the previous assumption that there is low urban demand for wildlife for food is incorrect.

In these two cities, virtually all urban households consumed wildlife for food, including fish (99%), mammals and birds (79%), turtles and tortoises (48%) and caimans (28%). Forty-four percent of households ate bushmeat at least once a month, and seventy-nine percent of households had consumed bushmeat during the previous 12 months. A wide range of animals were reportedly consumed by urban households, including 15 species of mammals, 12 species of birds, 62 species of fish and 7 species of reptiles. Many of these species are vulnerable to overharvesting – the list includes 3 endangered species, 8 vulnerable to extinction and 5 classified as near threatened.

Lead author of the study Dr Luke Parry said: “The rapid urbanization of forested wilderness in the Amazon could threaten biodiversity if expanding cities drive demand for wildlife as food. There are around 73 cities such as those we studied, occupying around 1.86 million square km2 of forest. Previously it was thought that city dwellers did not consume much wildlife but we found that was not the case. In fact, nearly every household did. People were hunting, fishing and consuming wildlife for a number of different reasons, for some bushmeat was the most affordable protein source they could access, for others it was a question of preference for eating particular ‘prestige’ species. We need to find ways of alleviating poverty and supplying poor city-dwellers with affordable alternatives to eating wildlife so that in the long term wildlife ceases to be an economical source of protein for the poor. Innovative environmental governance could limit wildlife consumption to only harvest-tolerant species.”

In Africa, the hunting and trading of bushmeat has become more profitable than the raising and trading of domestic animals, like cattle, pigs, chickens and goats. Twenty-four million people now live in Central Africa, with 40-60% now living in towns or cities. The Bushmeat Crisis Task Force reports that bushmeat is their primary source of protein. In the Congo Basin an estimated 5 million metric tons of animal meat is removed from the wild each year. In Western Africa, years of continuous hunting has depleted the wildlife, and the meat of ungulates and primates is now being replaced with the meat of rodents. The killing of animals for bushmeat will lead to the loss of predators like leopards, golden cats and large snakes, as well as seed dispersing animals. Therefore, the loss of this wildlife will lead to a loss of plant species and the depletion of the forest, with vast ecological consequences.

There were no laws in place regarding bushmeat until the late 1990s, but even now they are rarely enforced. However, the current Ebola crisis may be the deterrent the people of Africa require to stop consuming bushmeat. The World Health Organisation says that Ebola enters human populations when people handle or eat infected wildlife, and it is bushmeat that is believed to be the origin of this Ebola outbreak. The first victim – a two year old child from south-eastern Guinea – was from a family that was known to hunt bats, which carry the virus. Bats are ideal hosts since they themselves are unaffected, but spread the virus via their droppings or the fruit they have touched. This in turn is known to infect other non-human primates such as gorillas and chimpanzees, species that, like us, can die from the disease. In Ghana, more than 100,000 bats are killed and sold every year.

Tennyson Williams, regional director for Africa for World Animal Protection, said in an opinion piece for New Scientist: “The Ebola outbreak is an opportunity to clamp down on a practice which both causes disease outbreaks and empties forests of wildlife. At a minimum, governments should zealously enforce bans on the hunting and consumption of bats and apes, two groups most commonly associated with Ebola. Such bans exist but are rarely enforced. The fear and unrest generated by the outbreak could spur governments to take these bans seriously – with the support of the local populace.”

He concluded: “Another way to reduce the chance of future outbreaks is for the world to act together to stop the illegal trade in live wildlife out of Africa. This trade results in considerable potential contact between infected animals and people, including traffickers, collectors, drivers, airport cargo handlers, airline passengers and the wider public in destination countries. It would only take one sick chimpanzee trafficked through a major airline hub to spawn a new Ebola outbreak. If the world is serious about preventing outbreaks of dreadful diseases, then it must act. Airlines, as the international transporters of live wildlife, can rapidly and unilaterally make a huge difference. I challenge them to do the right thing and stop transporting live wildlife. The trade is also horrifically cruel. Wild animals should be left in the wild, for all our sakes.”