Although carrier bags aren’t as much of an issue on our beaches as some of the smaller plastic items, they are still an obvious problem.

By Amy Featherstone on 24th October 2011 in UK Conservation Debates 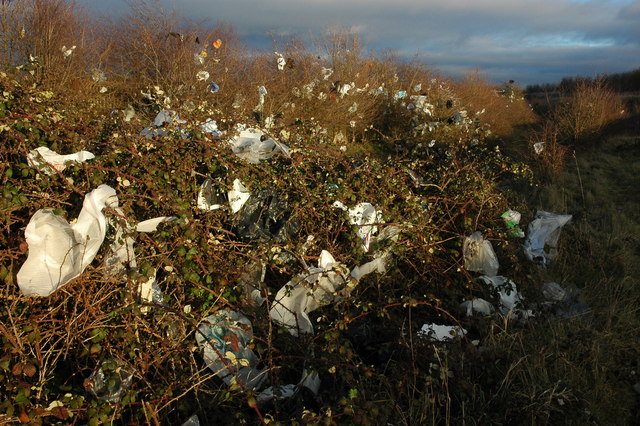 Some of you may know, and some may not that Wales has a new policy that one-use plastic bags must be sold for 5p, and any proceeds must go to a natural conservation charity. Well apart from spending a fortune because I always forget (I now keep lots of bags in my car), I think this is a step in the right direction towards reducing plastic litter. I have personally seen people using shopping trolleys rather then buying carrier bags.

Marine areas are one of the ecological niches most affected by plastic. Once the plastic enters the water column, they cannot be removed. Even when the plastic is eroded into tiny particles, those particles are caught by filter-feeders and plankton, and from there it makes the way up the food chain.

I did a study based on my findings and the findings made by the Marine Conservation Society on litter dropped on the coast of England. My findings may not be a surprise to most people: plastic was the largest material found on the beach in regards to size and weight. Another surprising thing was that it was not the most present type of litter, but the volume of it made up for its absence.

Although carrier bags aren’t as much of an issue on our beaches as some of the smaller plastic items, they are still an obvious problem. Reducing the amount of plastic bags we use is a brilliant way to raise awareness and stop as much plastic pollution as possible. If we cannot stop the use of plastic in an economic sense, we must make using plastic a social issue. I think this is a step towards that. I for one see a person with a plastic bag and think “did they really need to pay for that?”