Japanese researchers have discovered that a species of seed-eating fly is damaging the seed production of a number of already-endangered orchid species. 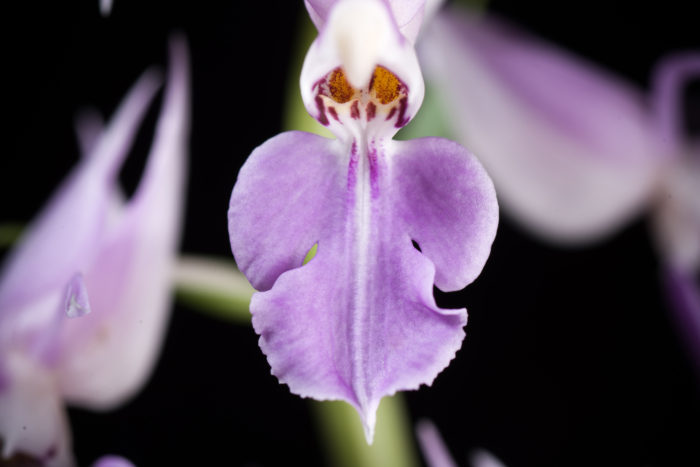 Image: By snotch from Sapporo, Hokkaido, Japan [CC BY 2.0 (https://creativecommons.org/licenses/by/2.0)], via Wikimedia Commons

Japanese researchers have discovered that a species of seed-feeding fly is critically damaging the seed production of multiple endangered orchid species. If the damage caused by the fly is occurring long-term and across Japan, these orchids could become unable to reproduce using seeds, and their already dwindling numbers will further decline.

With over 20,000 species classified, orchids are one of the most diverse groups of flowering plants. Unfortunately, their popularity has led to orchid overharvesting. Combined with loss of habitat caused by development, this has resulted in over 70% of Japan’s native orchid species being classified as endangered by the Ministry of the Environment.

It is better for endangered plant species to reproduce via seeds rather than cloning, so that higher genetic diversity is maintained. This means that to conserve rare orchids, the insects that pollinate them and the parasites that prevent seed-based reproduction must be identified.

During a survey to identify the pollinators of orchid species, the research team found that in pollinated fruit which should be able to produce seeds under normal circumstances, a seed-feeding fly known as Japanagromyza tokunagai was destroying the seeds of multiple orchid species.

When orchids bloom, the fly lays its eggs in the young fruit, and the insect young grow up eating the seeds in the fruit. When they hatch into their winged forms they make a hole in the fruit in order to make their exit. In many cases, fruit parasitised by the flies produces no seeds at all. Additionally, fruit that is parasitised grows to the same size as normal fruit, so at a glance it looks healthy – this means that the damage caused by the flies has probably been underestimated.

In this study, after artificially pollinating five species of orchids in Japan’s Kanto region, the team covered some specimens with bags to prevent the fly from entering, and left others uncovered as a control. Afterwards they compared the quality and amount of the seeds produced by each plant.

Results (published in the journal Ecology) showed that in all five species, damage by flies caused a reduced seed production of over 95%. It is not yet clear whether this is occurring across Japan or over an extended time period. However, if this situation continues, the affected orchid species will become unable to reproduce via seed production, threatening their already dwindling numbers.

It is also possible that damage caused by the fly may be intensifying in recent years. This could be for two reasons – the flies are non-native species that have been introduced into areas where they lack natural enemies, and the population size of natural enemies has reduced as orchid populations have fragmented.

Lead author Professor Suetsugu says: “Going forward, we want to shed more light on the damage caused by J. tokunagai. We plan to do this by quantifying the damage in other areas of Japan, and by testing the theory that J. tokunagai is a non-native species through genetic analysis.”