Climate change, habitat loss, collisions with cars and domestic dog attacks have all resulted in koalas being pushed into smaller and smaller regions of the country. 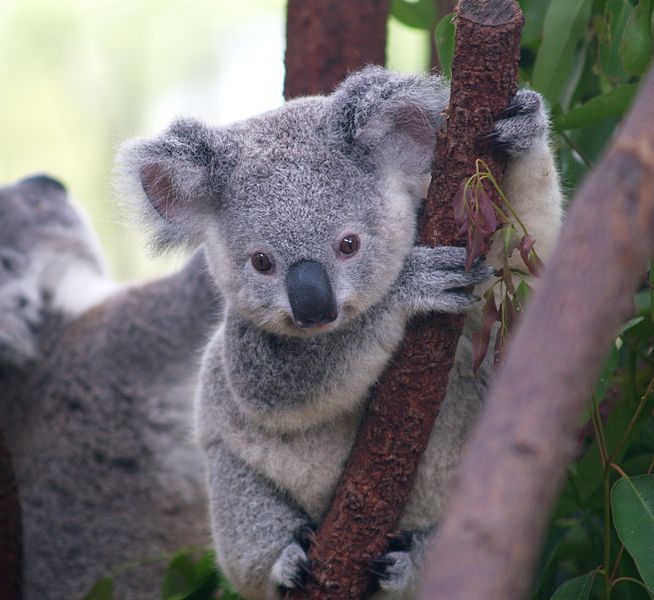 The koala is Australia’s most cuddly icon. Despite being a star attraction for tourists, they are under serious threat. Climate change, habitat loss, collisions with cars and domestic dog attacks have all resulted in koalas being pushed into smaller and smaller regions of the country.

There is one further threat to koalas, a class of bacteria called chlamydia, a disease dubbed the “silent killer”. The bacteria comes in two different strains – Chlamydia pecorum and Chlamydia pneumonia – neither of which is the same strain that causes venereal disease in humans. Among the health problems this bacteria cause are eye infections which can lead to blindness and make foraging for scarce eucalyptus leaves difficult, resulting in a slow death through starvation. Urinary tract infections are also symptomatic, as are cysts that can make females infertile and cause muscle wastage, losing all muscle development in their back.

Transmitted through birth, mating and possibly fighting, the chlamydia epidemic is particularly severe in Queensland where symptoms have been identified in up to 50% of wild koalas, although there are probably even more that are infected but not showing signs. One population in south-east Queensland has decreased by around 60% in the last ten years, largely due to chlamydia.

Treating chlamydia in wild koalas has always been a challenge – only a small number can be treated successfully and returned to the wild. However, in 2008 a vaccine was developed. A study published in 2010 proved that it was safe and effective in healthy female koalas, after initial trials on 18 koalas from the Lone Pine Koala Sanctuary were successful.

Peter Timms, a professor of microbiology at the Queensland University of Technology hopes to test the vaccine on males, then wild koalas, before distributing the vaccine more widely. He plans to target specific, threatened populations such as those bordered by developments and roads where capturing and releasing koalas would be practical. The vaccine could also be standard treatment for the thousands of koalas brought into rescue centres each year after being injured by dogs or cars. It is hoped that the vaccine will buy scientists enough time to solve some of the other problems facing koalas, and halt the worrying decline of these iconic animals.