The population of the Bonelli’s Eagle is experiencing a decreasing population trend. It is most at risk in western Europe and is one of France’s most threatened species. 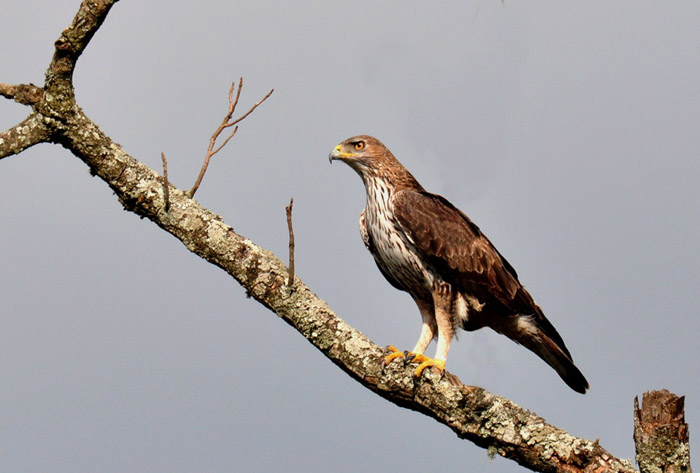 The Bonelli’s Eagle is a large bird of prey, just slightly smaller than a Golden Eagle. It has a large range, extending from Europe east to Iran, and is also found on the Indian subcontinent and in Southern China and Indonesia. You may be forgiven, though, for having never heard of it because it is not widespread in Europe, and is in fact struggling to survive.

According to BirdLife International, the population of the Bonelli’s Eagle is experiencing a decreasing population trend. It is most at risk in western Europe and is one of France’s most threatened species. Scientists from the University of Barcelona’s Conservation Biology Group and Biodiversity Research Institute have published the results of a long-term monitoring programme of populations in France and in the Iberian Peninsula, in the journal Ecological Monographs. This research, conducted annually between 1980 and 2009, has provided valuable insights into relationships among different populations.

The scientists have shown that eagle populations may be essential to each other’s survival, even when they are located hundreds of kilometres apart. Complex models revealed the presence of a large-scale spatially structured population in the Iberian Peninsula, meaning that each individual population is not isolated but dependent on others. Detailed analysis of these populations shows that each experiences different environmental, geographic and climatic conditions, as well as encountering different human activities.

In southern Iberia, the birds live in warmer areas where traditional farming continues. These farming practices, if carried out in a sustainable way, encourage prey such as small mammals and birds, so breeding and survival rates are better. In northern Iberia, however, rural areas are covered in trees and are under populated, so the birds exhibit high adult mortality rates and decreased fertility due to a lack of prey. The Catalan population is critically endangered with a rate of 15% adult mortality, compared to just 5% in Andalusia. So there are great differences between populations, and the survival of the Catalan population will depend on the arrival of new individuals from other regions.

The results of this study neatly demonstrates the importance of taking into account the spatial structure of the total population of a species and the dispersion processes between subpopulations, especially if that species is under threat. Without taking this into account, the conservation actions that may be undertaken could be unsuitable, with negative impacts on future survival of the species.