Rising temperatures, decreasing snowpack and large wildfires have all contributed to a decline in numbers of Canada lynx in Washington State in the USA, even as steps are being taken to remove the species’ threatened status under the Endangered Species Act. 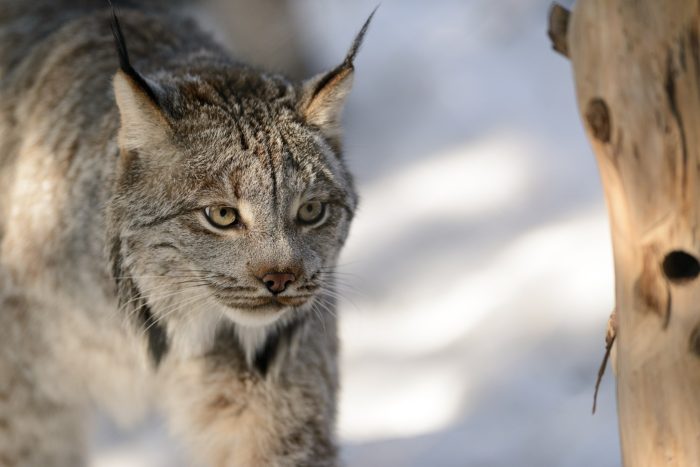 A massive monitoring study led by Washington State University researchers has found lynx on only about 20% of its potential habitat in the state. The study, published in the Journal of Wildlife Management, covered more than 4,300 square miles (7,300 km) in northeastern Washington with camera traps but detected lynx in only 29 out of 175 monitored areas.

The results paint an alarming picture not only for the persistence of lynx but many other cold-adapted species, said Dan Thornton, an assistant professor in WSU’s School of the Environment: “Lynx are good sentinel species for climate change. They are specialised, have larger ranges and need really cold, snowy environments. So, as they go, they are like an early warning system for what’s going to happen to other climate sensitive species.”

Wildfire, rising temperatures and decreasing snowpack have all hurt the lynx’s ability to survive in Washington, the researchers found. In the last 24 years, large wildfires have ripped through northeastern parts of the state, destroying habitat for lynx and their favourite food: snowshoe hare. It can take as long as 20 to 40 years for that landscape to recover.

The lack of snow and cold are also a problem, as lynx with their bigger paws are specially adapted to hunt on snow and for the prey that live there. As temperature rises, warmer adapted species like bobcat and cougar could also bring competition into lynx territory.

“We learned that lynx are responding strongly to many of these factors – snow conditions, temperature and fire – that are likely to change even more as the climate warms,” said Thornton.

The connection to Canadian populations is also key for the lynx survival in Washington, and that connection is complicated by differing conservation status. In Washington state, they are protected at the state and federal levels as a threatened species. In Canada, they are harvested for their pelts. The lynx’s protected status in the U.S. may also change. Lynx are currently found in Maine, Minnesota, Montana, Colorado, Idaho and Washington, but a 2016 federal draft assessment found the species would disappear from its northern range without protection by 2100. However, a new assessment in 2018 concluded that the lynx could be removed from threatened status under the federal Endangered Species Act.

Living in high, remote areas, lynx are challenging to study, and estimates of actual individuals are difficult to make, but according to an analysis by the Washington State Department of Fish and Wildlife based on data collected in the 1980s, the state used to have about 7,800 square miles of habitat capable of supporting 238 animals. In 2017, that estimate was revised down to about 2,300 square miles capable of supporting 38 to 61 lynx. This latest study adds strong evidence that their territory in Washington is further contracting.

To document the elusive animals, lead author Travis King covered thousands of kilometres and spent two summers in the field. He also relied upon many partners and volunteers, ranging from government natural resource agency employees and conservation groups to hikers and citizen scientists. The researchers and volunteers deployed and collected 650 camera traps which generated more than 2 million images which were, in turn, sorted with the help of dozens of WSU student volunteers. This is the first time such a comprehensive method using camera traps to track lynx has been employed. Thornton and his colleagues are now working to use the method to estimate the lynx range in Glacier National Park in Montana.