Examination of some of the dead monkeys have shown that they had full stomachs and only mild dehydration, which rules out a lack of food or water as the primary cause of death.

By Alex Taylor on 4th March 2016 in Animal Conservation, Ecology 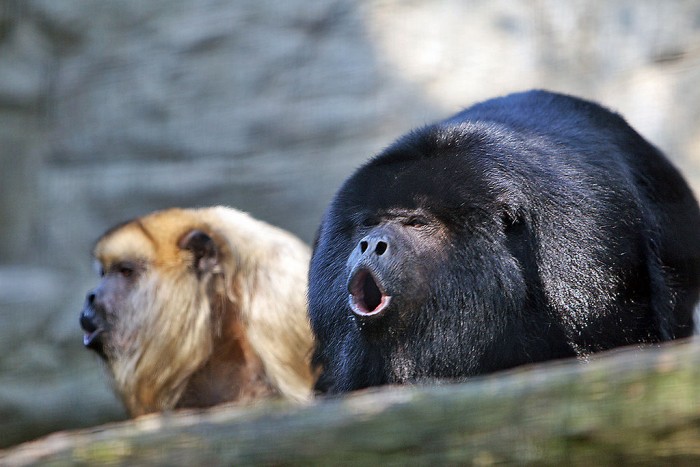 Howler monkeys are among the largest of the New World monkeys, and are the only folivores – feeding on leaves, fruits, buds, flowers and nuts as they travel slowly through the forest. They are also the loudest land animal, with howls that can travel 3 miles through dense rainforest, according to the Guinness Book of World Records.

Now, researchers from the University of Michigan are assembling a multi-institution team of experts to investigate the deaths and look for other sick or recently deceased howler monkeys. “It’s really, really, really unusual to see this many monkeys sick all at once and to see this many monkeys dead all at once,” said ecologist Kimberly Williams-Guillén, a visiting scholar at the University of Michigan’s School of Natural Resources and Environment who has studied wild howler monkeys in Nicaragua since 1999.

“We don’t know why this is happening, and we need to find out,” said Liliana Cortés-Ortiz, a research associate professor in the University of Michigan’s Department of Ecology and Evolutionary Biology who studies primate evolution. “So we are putting together a team of experts to test all possible scenarios in the three countries where howler deaths have been reported.”

Examination of some of the dead monkeys have shown that they had full stomachs and only mild dehydration, which rules out a lack of food or water as the primary cause of death. There were also no signs of physical trauma on the bodies. Other hypotheses that remain to be investigated are whether the monkeys were poisoned by ingesting plants that contain high levels of toxic compounds, exposed to pesticides or some other form of environmental contamination, or were suffering from a pathogen such as a mosquito-transmitted virus, for example, yellow fever or Zika.

The researchers hope to collect tissue samples from the dead monkeys to test for the presence of pathogens. Howler monkeys are known to be highly susceptible to mosquito-borne illnesses like yellow fever, yet the disease has not been reported in Nicaragua for many years. The country has had more than two dozen human cases of Zika recently, but it is not known if the virus affects New World monkeys.

“We have absolutely no evidence that these howler monkey deaths are due to Zika virus,” said Williams-Guillén. “Even so, it is legitimate to mention Zika in this context because it’s an emerging infectious disease that has recently been detected in the same country where we’re finding these dead primates.” Previous monkey die-offs were harbingers of yellow fever outbreaks in Central America in the 1950s and in Argentina in the late 2000s.

Howler monkeys, in the countries where the die-offs have occurred, are not considered endangered or threatened at present, however the IUCN recently categorised them as ‘near threatened’ largely due to habitat loss and fragmentation. They play a crucial role in dispersing plant seeds and maintaining the health of forests, so large die-offs would not only reduce their population and cause local extinctions, it would impact the entire forests in which they live.