L is for Lesser Spotted

Not only are they uncommon in much of England and Wales (and absent entirely from Scotland and Ireland), but they’re hard to find even where they do occur, being secretive birds that can range over large areas.

By Chris Foster on 25th June 2012 in A to Z of British Birds, Bird Conservation 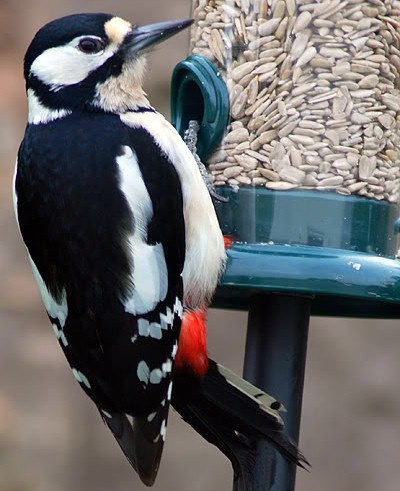 ‘Lesser spotted’ is often used as a joke prefix, normally for birds or other wildlife seen as obscure (and therefore for purists only), or as a kind of insult. The original ‘lesser spotted’ bird is the lesser spotted woodpecker, and it is a fairly appropriate name in this case. Not only are they uncommon in much of England and Wales (and absent entirely from Scotland and Ireland), but they’re hard to find even where they do occur, being secretive birds that can range over large areas. Less-spotted indeed.

Over the last few decades the species has declined in Britain, to the extent that it is now a red-listed species of concern, and in some areas extremely rare, even locally extinct. The RSPB’s most recent research suggests that the most important way of halting further losses will be to maintain networks of mature oak woodlands with high canopy cover. Within which, more work on deadwood requirements, local scale habitat preferences, and a link to damp woodlands can be explored.

Where can I see one?

But what about actually seeing one? As a big woodpecker fan, I’m lucky enough to have lived in the south east of England for many years, where the highest densities of lesser spots are now found; even so, I hadn’t seen a lesser spot for over two years when I finally ran into one this January. And that was in Macclesfield Forest – decidedly not the south east. By another stroke of fortune my job this spring has seen me out looking for birds in some of the south-east’s largest remaining tracts of woodland, so I have managed to turn up a few, at last, in the southern counties.

I expect it to be much more difficult in future years if I end up spending less time deep in the woods. But it’s still worth a try. Lesser spotted woodpeckers are charming little birds – no bigger than a chaffinch or house sparrow. They feed up in the canopy, bouncing and fluttering from branch to branch, making them especially hard to see once the trees are in full leaf. It’s best to try earlier in the season, when they’re actively setting up nests, often calling – a fairly loud, high pitched ‘ke-ke-ke-ke-ke’  not unlike that of a young kestrel – or drumming in higher, softer, and longer bursts than great spotted woodpeckers. On sight, small size is the giveaway feature but also look for the ‘ladder’ or ‘chequerboard’ pattern of black and white on their backs.

If we can get woodland conservation in Britain right, hopefully bird lovers will be scouring hidden corners of forests for them for generations to come.