Last of the Lemurs?

Facing threats such as illegal logging and hunting, many species are heading towards extinction, but a new survey has revealed that the situation is far worse than previously realised and in fact, lemurs are now considered to be the most endangered group of mammals in the world. 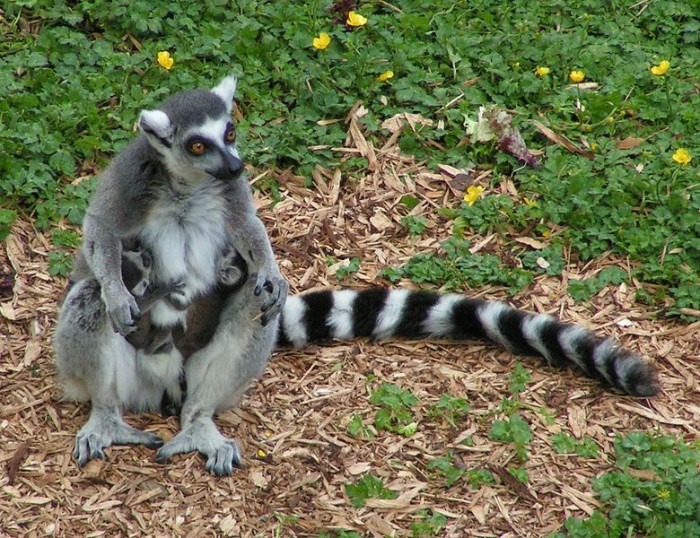 Lemurs are an endearing group of mammals endemic to the island of Madagascar. Facing threats such as illegal logging and hunting, many species are heading towards extinction, but a new survey has revealed that the situation is far worse than previously realised and in fact, lemurs are now considered to be the most endangered group of mammals in the world.

Since a coup in 2009, Madagascar has faced political uncertainty and social upheaval. Illegal logging has become rife, as there is currently no government enforcement to stop deforestation – in total around 90% of the country’s original forest has been lost. Lemurs (and many other endemic forest-dwelling species) are forced to survive in increasingly small forest fragments. Even in national parks they are not safe, as illegal hunting has reached levels not seen before. Globalisation and the influx of outside influences has led to a decline in traditional cultural taboos, which play an important part in Malagasy culture and once meant that lemurs could not be killed as they were believed to be family ancestors. Findings in a study in the Public Library of Science (PLoS) One journal showed that the decrease in taboos plus increased poverty and high demand for meat has led to a rise in the killing of lemurs.

A group of scientists from the Primate Specialist Group of the International for Conservation of Nature (IUCN) recently visited Madagascar to systematically assess the lemurs and decide where they should be placed on the IUCN’s Red List of Threatened Species. They discovered that 91% of all lemurs should be placed in one of the Red List’s threatened categories, which is “far and away the largest proportion of any group of mammals.” In total, 23 lemurs qualified as being Critically Endangered, the highest class of threat. Species can qualify for this category if the population numbers less than 80 adults, or that it has shrunk by 80% over 10 years. For the next most serious classification, Endangered, 52 lemurs qualified, and 19 were found to be Vulnerable to extinction. The last assessment of lemurs, in 2008, listed eight as Critically Endangered, 18 as Endangered, and 14 as Vulnerable.

One piece of good news from the new assessment was that a new species of mouse lemur was discovered, the 103rd species of lemur, which is yet to be named. Observation and genetic testing also confirmed that there are more species of lemur than previously thought, as there are several cases where populations were discovered to be from different species, rather than being from one single species.

However, the lack of control and enforcement in Madagascar means that hunting and logging are continuing at a rapid pace, and the future for lemurs looks bleak.