Home › Articles & Blogs › Just what is causing the decline of UK Willow Tits?

Just what is causing the decline of UK Willow Tits?

Of all the species monitored by the BBS, the Willow Tit showcased the greatest decline; 77% between 1994 – 2007 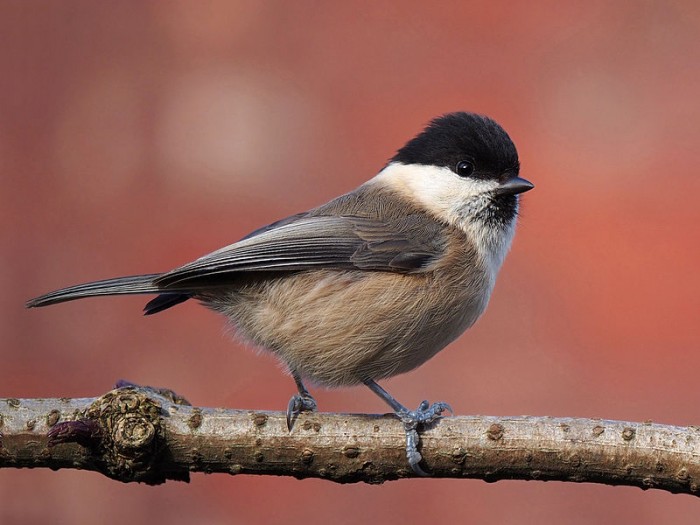 Living in Northumberland, the charismatic Willow Tit (Poecile montanus) is still, thankfully, a firm fixture of my daily life. Indeed, at present I am lucky enough to regularly host a pair of these enchanting little birds in my garden, a privilege that people dwelling in the south of the country would no doubt kill for. Willow Tits, though a at first appearing rather drab in comparison to their much more colourful  cousins really are a pleasure to behold; timid, delicate, discreet and undoubtedly rather sweet. Their characteristic call though far from discreet readily separating them from the near identical and similarly embattled Marsh Tit (Poecile palustris). Only confirmed to exist in the UK during 1897, the Willow Tit was once a relatively widespread  figment of the British landscape, now however it finds itself “red listed” due to recent, rapid and ultimately worrying declines. As it stands, the future of this enigmatic species appears bleak though the reasons of its decline have long been the subject of much debate.

Scrutiny of Common Bird Census (CBS) and Breeding Bird Survey (BBS) data has shown that the Willow Tit declined by approximately 88% between 1970 and 2006 (Eaton et al, 2008), subsequently highlighting one of the most worrying declines of all British bird species. Indeed, of all the species monitored by the BBS, the Willow Tit showcased the greatest decline; 77% between 1994 – 2007 (Risley et al, 2007).  Such findings were not isolated however with further worrying statistics brought to light by both ringing data (Perrins, 2003) and the Repeat Woodland Bird Survey, the latter recording a decline of 70% in woodland ecosystems over a similar time-frame. In addition to an overall population decline, the Willow Tit has also suffered a severe range contraction in recent years and has been lost entirely from many counties, namely in the south of England (Gibbons et al, 1993). As such, the Willow Tit now appears on the UK’s  ‘red list’ of birds of conservation concern and is now a priority species on the UK biodiversity action plan.

The reasons for the aforementioned decline, at present, remain undecided though research into the decline of the Willow Tit has thus far focused on three hypotheses; increased competition, increased depredation and habitat change. All of which are touched upon in depth in a recent study by Lewis et al (2009) found here.

Evidence suggests that competition from Blue (Parus cyanistes) and Great Tits (Parus major) could be a major factor contributing to the decline of the Willow Tit in the UK. Willow Tits nest in cavities excavated from dead wood with the nest building process often proving to be a very noisy affair as the birds call continuously to one another throughout the process. This, coupled with the obvious visual implications and the production of visible byproducts such as wood chips, means that excavating Willow Tits are vulnerable to detection from both the species previously mentioned. Both of which can extirpate the occupants of a nest with relative ease (Maxwell, 2002) due to their superior competitive advantage. The process of constructing a nest hold is a very time consuming process and often, losing a nest site following its completion can result in complete breeding failure for the birds in question. A study carried out between 1995 and 2000 courtesy of Maxwell (2002) highlighted perfectly the potential implications of competition on nesting Willow Tits. Here 30 Willow Tit pairs occupying both natural holes and nest boxes were observed with only 10 of these pairs successfully fledging young. Of the 20 unsuccessful pairs, 18 had their nest cavity taken over by Blue Tits and a further two by Great Tits. The populations of both competitor species have recently increased in the UK with Blue Tit numbers rising by 33% and Great Tits by 91% (Eaton et al, 2008), this has lead to speculation that inter-specific competition for nest-sites may also have increased, thus contributing to the marked decline of the Willow Tit.

Once nesting gets underway, Willow Tits remain fairly vocal around the nest-site thus leaving them vulnerable to detection from predators. Many species, including non-native Grey Squirrels have the potential to impact upon nesting success though one species in-particular is cited as potential threat to vulnerable Willow Tits; the Great Spotted Woodpecker (Dendrocopos major). As their name suggests, Woodpeckers are accomplished at extracting prey from rotten wood (Wesolowski, 2002) and have been shown to easily destroy Willow Tit nests, predating both eggs and chicks. Willow Tits, unlike some of species, are single brooded. This means that if predation occurs at the chick stage, that pair are extremely unlikely to breed again for another year. In Britain, numbers of Great Spotted Woodpeckers have increased dramatically in recent years with a recent estimate by Eaton et al (2008) stating an increase of 314% between 1970 and 2006. It therefore stands to reason that Willow Tits may have suffered due to a corresponding increase in Woodpecker depredation.

Willow Tits, in the UK at least, largely inhabit areas of damp, scrubby woodland (Perins, 1979) and despite recent declines can occur at relatively high densities on brownfield sites where these characteristics dominate. Ex-industrial sites like this however have steadily become more scarce in recent times, having been reclaimed for urban development and agriculture. “Wasteland” areas like this do not possess the same overall biodiversity levels as mature woodland and as such are often disregarded, removed or allowed to mature, it is therefore likely that the loss of such habitat is a driving factor in Willow Tit decline. It should also be noted that areas such as these are less appealing to other tit species as well as Great Spotted Woodpeckers which require trees with a minimum diameter of 18cm for nest excavation. Allowing successional habits such as this to develop into maturity therefore increases the likelihood of depredation and competition and thus could be the single biggest factor driving the decline of this wonderful woodland species. Removal of “dead wood” that would otherwise be used for nesting for aesthetic purposes may also factor in.