Home › Articles & Blogs › Discards: Millions of Fish Could be Saved in One Year

Discards: Millions of Fish Could be Saved in One Year

The EU estimates that 40-60% of fish caught in the North Sea will be discarded, however, we will never know the real number because there are no records kept for discarded fish, it could be more or it could be less.

By Richard Hassall on 27th March 2012 in Fisheries, Food Production 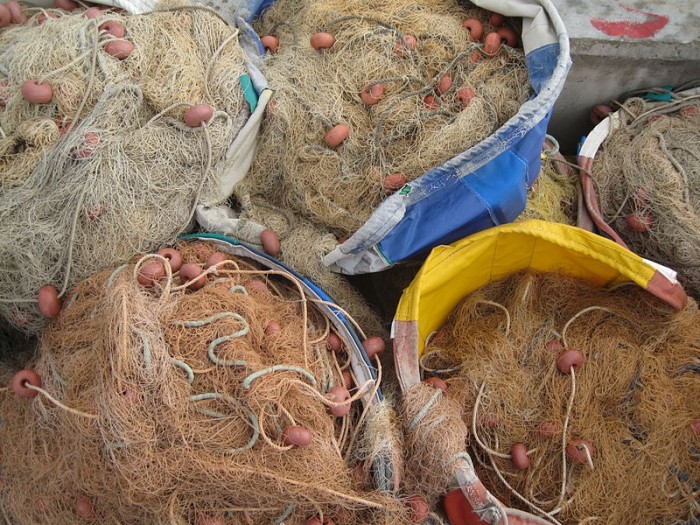 Image: By Dickelbers (Own work) [CC-BY-SA-3.0 (http://creativecommons.org/licenses/by-sa/3.0)], via Wikimedia Commons

“Discards” has become a common term used in the fishing industry since the introduction of EU quotas on fishing numbers. In an effort to preserve fish stocks, fishermen are only allowed to catch a certain number of cod, for example. It is difficult, however, to control the numbers and species of fish that are caught when trawling is the method of fishing used; a process that relies on a large net to trap a wide variety of fish. As European law prohibits fisherman from returning in excess of their quota they are required to throw said excess back into the sea, i.e. any extra cod their nets may catch, whilst they fish to fulfil the remaining quotas on other fish.

Perhaps these “discards” would be more beneficial if the fish were still alive when returned to the sea, sadly this is not the case. The EU estimates that 40-60% of fish caught in the North Sea will be discarded, however, we will never know the real number because there are no records kept for discarded fish, it could be more or it could be less.

The total allowable catches (TACs) for the North Sea in 2012, for 6 common species, is estimated at 651,427 tonnes. Given the discard estimates by the EU this could mean that the same weight in fish will be wasted. It is hard to put this in perspective but if you imagine a pile of 3680 blue whales, that is a rough idea of that weight. And that only includes 6 species out of the many which are fished. The total wastage will probably amount to millions of tonnes.

To think that this is allowed to happen is quite shocking as it seems these laws designed to protect fish stocks may be having a worse effect. At least before the quotas were introduced we had a better idea of the number of fish caught and killed, now it’s anyone’s guess. We have no knowledge of how many fish are caught and killed beyond EU quotas.

There is now a proposal to ban fishing discards in the EU, which could mean that this practice will be stopped once and for all. There is hope that later this year the ban will come into effect. It is essential if we are going to actually conserve our fish stocks. If you’re more interested in this topic I recommend you watch Hugh Fearnley-Whittingstall’s “Fish Fight”.