When I talk of being a conservationist, one of the most common assumptions is that I am also somewhat of an ecological hippy.

By James Common on 30th November 2015 in Animal Conservation, Environment 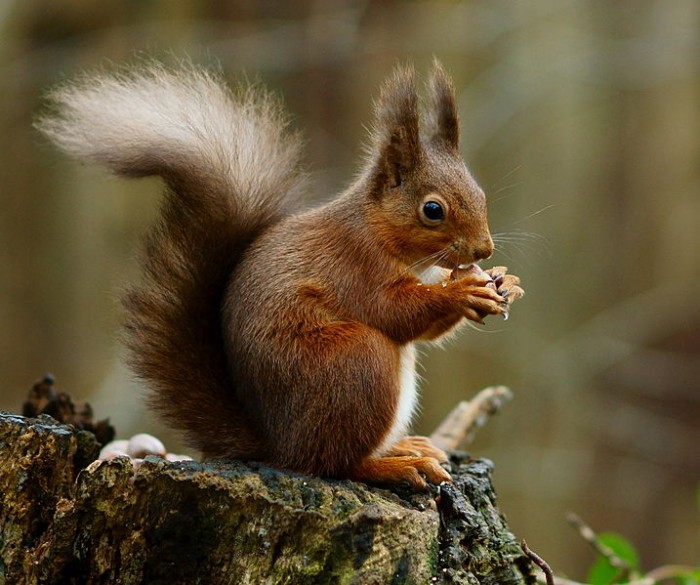 This week I made the decision to begin volunteer work alongside my local Red Squirrel Action Group; a choice that will undoubtedly result in me undertaking lethal control of Grey Squirrels in my local area; a place where reds thankfully still persist. Whilst unpleasant, such action is in my opinion wholly necessary, all be it a tad regrettable and as such my conscious remains unblemished regarding the matter. Still, it seems that many ‘animal lovers’ do not agree with such actions and my decision has lead to a number of colourful remarks on social media. To me this represents a clear conflict of interests between the fields of animal welfare and conservation and  has left me somewhat intrigued as to just how deep the divide between the two factions goes.

When I talk of being a conservationist, one of the most common assumptions is that I am also somewhat of an ecological hippy. Indeed some people seem generally horrified when I voice support for culling schemes or targeted predator control and others, believe it or not, seem flabbergasted when I reveal that I love steak just as much as the next man. Proceeding this, comments such as “but you’re supposed to care about animals” are common place  and to me, highlight a misguided view that animal welfare (or animal rights, however you want to put it) and conservation are in fact indistinguishable. This is false however and while I digress that both outlooks share a mutual regard for the natural world there are clear differences between their motivations. In my opinion, conservationists are concerned with species on wider level, focused more on entire populations and species as a whole. Animal welfare it seems takes a more ethics based approach, concerned with animals on an individual basis and opposed to cruelty and any “interference” by man. While I acknowledge that there are indeed people who fall into both of the aforementioned categories and that it possible to be more of a moderate, to me, the above statement sums up the stark differences between those at alternative ends of the spectrum. Conservation takes a “greater good” approach to things and is willing to accept the death of individuals while animal welfare appears strictly opposed to such actions.

Before going any further, I feel it is important to highlight that conservationists such as myself are not immune to compassion. Whereas we often find ourselves branded dispassionate and unsentimental I truly cannot think of a conservationist, biologist or true environmentalist that is not concerned with individual life. As people we are all programmed to care about ethics and although I frequently support control schemes it still pains me to see animals killed. With this in mind however true conservationists understand that a “realist” approach in vital and grit their teeth and proceed with such things, all be it with a certain amount of remorse. Speaking personally, and referring the the squirrels mentioned at the start of this article, I would rather no cute, fluffy animals were harmed to achieve our goals but accept it as part of life and stand ready to participate should the need arise. – Unethical, maybe, cruel, perhaps but justifiable when you look at the very world we are striving to protect.

The natural world is in fact a rather brutal place and mother nature is not at all concerned with the lives of individuals. With conservationists and naturalists spending much of their time in the field perhaps this is what makes us such an “unsentimental” bunch. Sparrowhawk’s predating song birds, nests failing due to poor food supplies, death caused by territorial disputes, we see it all and remain utterly impartial, at least after we witness the same actions time and time again for an extended period. Death is after all part of the natural order of things. As such an unattached view of individual life is probably not at all bad. Duncan Wright, a writer for 10,000 Birds does a great job of putting this into perspective here:

“By way of an example take the Western Gulls that I studied on the Farallon Islands in California. Each year tens of thousands of these gulls go to the islands and each pair will lay three eggs. Most of these clutches of eggs will hatch to produce three fluffy and adorable chicks. And most of these chicks, on average two point five per clutch of three, will die before they can fledge. Either beaten to death by another gull or starved to death, life is very short and very cruel for most of this new life. And as a biologist you really have two choices, shrug it off, or let it break you”.

Now here is where the real debate starts. In my opinion, protecting individual life at all costs and thus the outlook of many animal welfare activists, note that I say “many” not “all“, is often dangerously counterproductive and rather unpractical. Protecting any and all animals for suffering is a very noble cause, and would be the correct course of action in an ideal world, but can at times work to the detriment of the natural world. Good intentions are equally noble but can bring about some ugly consequences. Take for example invasive American Mink in the UK. Yes, many of these did come from genuine escapes but many were also “liberated” by caring animal rights activists and have since had a profound negative impact on the British ecosystem. Just ask the Water Vole. To this day some people still dispute the widely successful mink cull based on grounds of animal welfare. To me this is nothing short of short-sighted, highlighting an utter disregard for science and lack of remorse for human mistakes made in the past. After all, we did introduce mink..

Disputing the control of certain species despite scientific findings appears to be a common trend. Many are repulsed by the control of Grey Squirrels despite the huge ecological ramifications of their introduction. Some even take these views into the mainstream media as represented by this Guardian article (here). Likewise other examples that spring to mind include the outcry against the Hedgehog cull on the Outer Hebrides and the proposed wide-scale control of overpopulated deer across the UK. I am not opposed to caring about animals but sometimes it is necessary to forgo emotion and accept that in order to properly protect the natural world some things will have to die. Such conflict is however not limited to the UK..

A well known example of an overseas case of conflict between conservation and animal welfare interests comes from the widespread the control of rodents on offshore islands where they pose a distinct threat to breeding seabirds. Duncan Wright once again does a fabulous job of summing up this issue, highlight the sheer ignorance of certain activists when he writes:

“There are, however, situations where opposition to conservation efforts make less sense. Take a project to remove rats from the Californian island of Anacapa (in the Channel Islands). The island was home to an important population of Xantus’ Murrelet, but the population was suffering as a result of introduced rats. It’s actually a problem for many seabird species these days, since seabirds have long chosen to breed away from mammals in dense colonies, and mammals have been good at reaching these islands in the era of man. From a conservation perspective the poisoning of rats was a no-brainer, a single application of poison over a relatively small area would protect the future of a species. But animal rights groups (albeit not all of them) not only opposed the move, but sued to prevent the poisoning. Two activists where even caught spreading antidote to the poison on the island!“

Instances such as this are sadly rather widespread and from the UK to Muaritus animal welfare are often used as an argument against conservation efforts. Given the tendency for the good will of some animal rights activists to develop into harmful recklessness and an utter disregard for the natural order of things, the contrast between conservation and animal welfare is frightfully apparent.

Do not mistake this article for an attack on all animal welfare supporters. I hope I have been careful enough to point out that I do not feel that all such people are so flagrant in their contempt for conservation. I agree fully with the notion that some people are simply misinformed and hope that such people, when presented with the facts, will change their outlook. I cannot and will not fault people for caring about the welfare of animals, it is after all a very important issue, though one that often takes a back seat when pitted against the greater good approach of conservation. Many conservationists do try to introduce humane measures of control whenever they can and there are laws dictating how “condemned” critters can be dealt with but when it all boils down, killing and conservation often go hand in hand, as I stated in my other article on the subject here.

The issue is of course a very complicated one and there will always be very strong opinions surrounding it. Should this article cause offense to anyone with a hand in both conservation and animal welfare, I apologize. This was not my intent at all and I accept that as with any conflict of interests it is possible to see both sides of the story. To those out there that refuse to take heed of reason, good sense and more importantly science however, please have rethink. Conservation is not pretty at times but sometimes a ‘bunny hugging’ mentality can actually be a handicap, particularly when it leads you to dispute the good work of those seeking to protect our environment.

Interesting reading on this topic can also be found using the below links:

When Conservation and Animal Rights Collide

Are Animal Right and Environmentalism Incompatible?